A full flow-on of this to Japanese reference prices would represent a 12% increase on 2001 price levels.

"With the Australian coking coal producers exercising their new-found bargaining power, the current round of negotiations could extend at least another month," AME said.

In thermal coal, although it appears that some direction at least has been agreed between the Australian and Japanese negotiators in Nagoya, the next critical price indicator could emerge from China-Japan talks scheduled for May 9, the researchers said.

"It is likely, however, that given their rising domestic demand and prices, the Chinese suppliers can afford to wait on an Australia-Japan outcome. Sharply falling prices from 1997 to 2000 triggered dramatic cost cutting and a concentration of ownership among coal mining companies.

"These changes are a major reason for the current impasse in price negotiations. Suppliers are seeking market related outcomes, while buyers are concerned about the state of their industries. But the market balance has equalised and buyers can no longer simply use muscle to secure the results they want."

"The cost position achieved by the coal industry in 2001, combined with forecast future real cost gains, will allow producers to maintain profit margins as coal prices continue to decline in real terms," the research house said.

"The mining industry needs such a fillip - while fighting to remain competitive, shareholders have rarely obtained an adequate return on their investment over recent years."

Australia's strong focus on reducing coal mining costs to maintain competitiveness has paid huge dividends. It improved cash costs by 24% between 1999 and 2001 to become the lowest cost producer of export coking coal, and on an energy basis, the lowest cost thermal/semi-coking coal exporter in 2001.

South Africa was the second lowest cost producer of export thermal/semi-coking coal in 2001, after lowering costs 20% in two years. During the same period, the other five countries surveyed by AME also reduced overall costs - Canada by 11%, Colombia by 10%, the United States by 5%, Indonesia by 4%, and Venezuela by 1%.

Rio Tinto and BHP Billiton who dominate the thermal/semi-soft coking and hard coking coal sectors respectively, have the lowest costs in 2001, confirming that mining expertise and size have delivered real advantages.

AME said the thermal/semi-coking cost curve for 2001 flattened markedly, indicating that the major companies are responding to the new competitive environment, with no single player gaining any significant relative advantage.

The average weighted cash cost of major companies in 1995 was US$26.80/t FOB. In 2002 the average is estimated to drop to US$17.80/t FOB. Coking coal supply is predominantly from Australia, Canada and the United States.

The major coking coal exporters, BHP Billiton, Anglo American, MIM Holdings and the RAG Group, derive most production from Australian operations where costs have been dramatically improved. Significant cost improvements were not possible in Canada and the US, due mainly to long transport distances and strong currencies, even though they rank among the most efficient coal miners.

Exchange rate movements have also been a major factor behind the lower costs. From 1999 to 2001, the South African rand devalued 29% against the US dollar. The currencies of the other coal export countries reviewed also devalued - the Indonesian rupiah and Colombian peso by 24%, the Australian dollar by 20%, the Venezuelan bolivar by 16%, and the Canadian dollar by 4%, AME said.

Many other factors, which vary between countries, contributed to the overall FOB cost reduction.

In Australia, industrial reform and the reduction of government taxes contained in rail and port charges were major contributors to the improvements. In the case of South Africa where rail transport and ports are among the most efficient in the world, capital investments in underground and opencut mining technology and coal preparation plants has reduced manning levels and improved product yields, thereby reducing costs.

The low-cost nature of the Indonesian coal industry is due primarily to proximity of the major mines to the coast, favourable stripping ratios and relatively low labour costs. However, as labour productivity improves, costs will increase with rising wages and salaries.

The major Colombian mines now have access to rail links to transport export coal from the mines to ports, reducing transport costs. In neighbouring Venezuela, a lack of rail and port infrastructure is holding back expansion of coal production and exports. Coal mining in the US and Canada represents world's best practice, but they are the highest cost export countries.

Actual mining costs are low, but transport distances from mine to port are high due to the long rail distances. 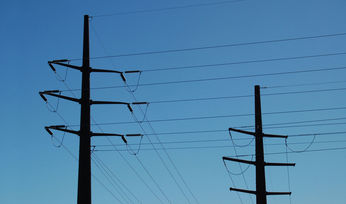 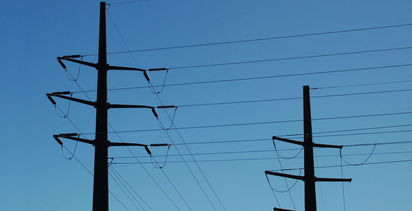