Another record year for QR

QR recorded a net profit of $170 million from revenue of $2.2 billion, a drop in earnings of more than $70 million on the previous financial year. The company attributed the poorer performance to the combined effects of prolonged drought, reduced freight rates, increasing competition and a downturn in tourism, but, with Queensland coal traffic tipped to climb again, it is forecasting decent profit growth in 2003-2004.

“Last year, we flagged our intention to vigorously defend our existing business in Queensland and to grow and make our presence felt on the national scene. During the year, we have gone head to head, for the first time, with other rail operators in Queensland and New South Wales competing for coal business,” said the recently released QR annual report for 2002-03.

In Queensland, QR was selected by MIM as the preferred proponent to build a 100km rail link and haul up to 8Mtpa from the yet-to-be-developed Rolleston coal mine to the port of Gladstone. The Xstrata takeover of MIM has put this on hold for the moment.

The company retained 40Mt worth of annual business with BHP Billiton Mitsubishi Alliance (BMA) in September and was appointed rail provider for the new Hail Creek coal mine, near Mackay. Work at Hail Creek this year included construction of a rail spur to the mine which will add an additional 5.5 million tonnes of export coal per year on the network.

But real growth for QR is taking place in NSW, new territory for the haulage company where it has expanded using open access rights. QR’s New South Wales subsidiary, Interail Australia, won a $15 million, seven-year contract with Gloucester Coal to provide rail services to its new Duralie mine in February, followed in July with a six-year deal to rail coal from Centennial Coal’s Newstan mine to Vales Point power station.

In October, Interail landed the major BHP Billiton Mount Arthur North contract. From 2005, Interail will shift up to 10 million tonnes per annum from the mine to the port of Newcastle, with an option to increase tonnage as the project ramps up towards full capacity of 12Mtpa in 2006.

All three tenders won by Interail in the past year were conducted in open competition and, in the cases of Mount Arthur North and Newstan, the company beat out the incumbent parties whose terms were up for renewal.

Cost pressures starting to bite though. 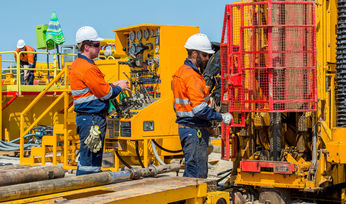 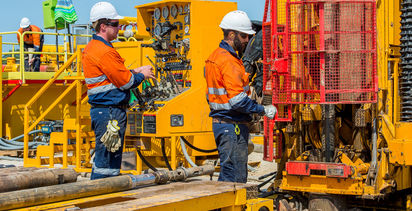