SUB-standard stream diversions will cost $50 million to fix, according to the Australian Coal Association.

The management of ephemeral creeks and rivers on central Queensland coal mine leases could be significantly improved as a result of new research sponsored by the Australian Coal Association. Its recently completed three-year study is said to have identified for the first time the reasons why many local stream diversions are sub-standard, both environmentally and in terms of their operational effectiveness.

Furthermore, the study devised and tested ways in which existing diversions can be successfully rehabilitated, and new ones designed and constructed in a way as to avoid common problems such as excessive erosion and sedimentation.

Conducted by natural resources consultants Earth Tech, the study found that more than 70% of stream diversions in central Queensland coalfields failed to meet expected environmental standards and were in urgent need of rehabilitation.

"Left in their current state, many of these diversions will almost certainly become a long term liability, both to mining operations and in terms of the need for operators to comply with environmental requirements," said Earth Tech's Ross Hardie.

Before the Earth Tech research project, little was known about the behaviour of ephemeral streams. Consequently diversion and rehabilitation of creeks and rivers affected by mining activity had until now been based on knowledge of stream behaviour in other climatic conditions, or alternatively had been treated as a simple engineering task. Studying rivers in their natural state was pivotal to any successful river diversion rehabilitation program, he said.

"The best environmental outcomes are those where diversions are made to look and behave like the natural streams of which they are part," Hardie said. "That way they not only function most effectively, but in fact any environmental changes such as silting or even a measure of erosion will quite correctly be viewed as natural phenomena rather than the result of operational considerations."

Hardie said the back-to-nature approach had been successfully brought to bear by Earth Tech at seven Queensland mines so far, including the Eureka, Cattle and Harrow Rivers, as well as Cherwell Creek near Moranbah. Rehabilitation of the 5km-long Cherwell Creek diversion cost about $2.5 million.

But Hardie said often the best outcomes, both in environmental and operational terms, were not necessarily the result of large structural solutions but rather fairly subtle manipulation of the existing waterway, including bed revegetation and the installation of large woody debris. The main reason so many river diversions turned out to be defective was that they originally tended to be viewed largely as part of the mining operation rather than as natural streams and part of the overall environment. Consequently many diversions were little more than straight channels.

"Many diversions were ill-conceived to start with. They are either too short and too narrow, thus causing serious erosion which can pose a real threat to the mining operation itself as well as the rest of the environment. Or they are too long and wide, resulting in unacceptable levels of sedimentation," Hardie said.

Outbreak of war in the Ukraine could affect shipping to Russia. 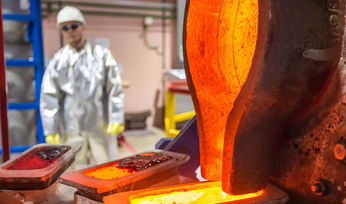 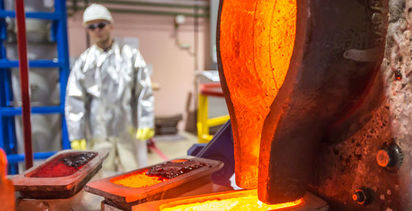