This is evident from the DMR’s information circular explaining the background to the December power supply bans. The circular quotes from AS2380.7: “Many power supplies (active power supplies) have non-linear output characteristics and are not assessable from the ... curves.”

The recommended physical test is use of the spark-test apparatus, which is “the more appropriate approach,” according to the circular, “and this is the method that has been adopted when testing the affected power supplies”

How come the power supplies were not tested this way before December? If the affected supplies had undergone a physical test during the earlier approval process, surely they would have failed and would never have been issued with approvals in the first place?

The fact remains that these power supplies had been approved by Londonderry and were being used in numerous underground mines in potentially hazardous environments.

When asked to comment on testing these types of power supplies, a SIMTARS spokesman said that linear equipment could be tested by a desktop exercise but that non-linear power supplies were always assessed using the spark test.

Is it possible that this situation arose because the two testing labs interpret the same standards in different ways? Several suppliers and IS professionals say the two authorities don’t communicate with each other. One supplier commented: “It hasn’t always been a level playing field with the test authorities. Certain suppliers have to go through a lot of hoops to get things approved and go through a lot of testing, whereas other suppliers seem to get approvals without having to do very much at all.”

The veracity of such perceptions is almost impossible to check but there is clearly dissatisfaction at many levels of the industry with the existing system of testing IS gear.

In addition, in NSW a piece of IS equipment requires a separate approval document, often based on a certificate, even if it has been granted certification by SIMTARS in Queensland.

One IS professional said: “This situation implies that the NSW inspectorate does not believe that SIMTARS tests correctly.”

The fate of the Austdac power supplies

Since the issue blew up in December, not only has Austdac been in full damage control mode, it has also been urgently modifying its power supply range. According to an Austdac update issued January 12, reassessment of the 12V power supply “called for modifications to the existing unit and consequently it has been de-rated to 1.65 amps and changes have been made to output parameters”

What this means is that the 12V power supply in question is still classified intrinsically safe, but must be used at lower currents. How are the lower currents achieved and who sets them? Can the current be altered by mine personnel?

The re-rating, however, now classifies the equipment as “Exib”, not “Exia”, as previously. According to the Health and Safety Act, only equipment classified Exia can be used in hazardous areas, however, Australia’s Longwalls understands that many mines are using the re-rated power supplies in hazardous areas that require Exia equipment.

“Low discipline equipment is being used to monitor high discipline areas,” said an IS professional, “which puts such mines into non-compliance with the Act. That means a mine is at risk. They are doing things which are not right.”

Londonderry said the current Australian Standard would be replaced by the latest international standard on intrinsic safety, possibly by the end of the year, under which “active supplies will no longer be able to be certified or approved to Category ‘ia’”. In the short term, however, there appears no ready solution.

Questions have also been raised about the testing procedures that are being used to get the revamped Austdac units back into operation. While all the revoked power supplies are understood to have undergone spark testing, further confusion has arisen about the two methodologies laid out in the standard.

Using the hydrogen/methane mixture is understood to be the method of choice and even though Australian mines do not have hydrogen gas, “the hydrogen rich atmosphere is what gives you the safety margins,” said the IS professional. “Because hydrogen is more explosive than methane, that is what builds in a safety margin. If the equipment won’t explode in the worst case scenario, it won’t explode in methane, that’s for sure.”

Using the second method and increasing the current by a factor of 1.5 and voltage by 110% does pose problems because of the nature of the equipment, which has active regulators.

As the IS professional said: “How do you raise the current levels on a precision electronic piece of equipment without violating the integrity of that equipment?”

Comments such as this again highlight apparent interpretative differences within the standard.

Who is to blame for what happened? Many suppliers commented on the issue of culpability and one said: “The problem we have (and this is off the record) is we pay a lot of money for assessments to be done and approvals to be given but at the end of the day, they say (the test authorities) they’re not responsible for anything. If that’s the case they shouldn’t accept any money for their service.

“We have something tested and we have paperwork that says it’s been tested and it conforms. If two years later the paperwork comes back and says it’s been revoked because it’s been found to be faulty, then the question is who is responsible? And what’s changed since the original test was done?”

Presumably, the most serious form of censure that could be imposed on a lab if it was found to be negligent, would be withdrawal of accreditation by the National Testing Association NATA, based in Melbourne. Standards Australia’s Aguis said a manufacturer could not put all the responsibility on a testing house or an agency.

“What needs to be spelled out with any form of certification or approval, (is that) there is an onus on a supplier when they submit a product for assessment. They shouldn’t submit a product unless it is working and right.”

Part of Ausmex's plans to build a Cloncurry gold hub. 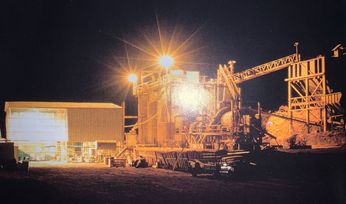 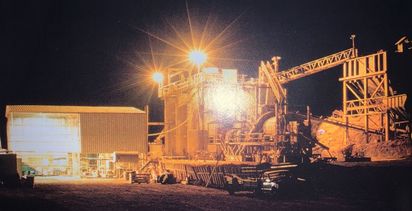