Mineral sands heavyweight Ticor’s attempts to expand its heavy minerals portfolio could depend on the sale of non-core assets. The company lists among these its Australian coal and sodium cyanide interests.

Mineral sands heavyweight Ticor’s attempts to expand its heavy minerals portfolio could depend on the sale of non-core assets. The company lists among these its Australian coal and sodium cyanide interests.

In an exclusive interview with Australia’s Mining Monthly (December 1999), Ticor managing director Pat Quinn says the scale of any acquisition the company makes may well be dictated by how much cash the company can extract from the sale of its east coast coal and sodium cyanide assets, the book values of which are estimated at $140 million and $45 million, respectively. If Ticor is able to realise those values, the company would be well placed to enter the mineral sands big league with a major acquisition.

In coal, Ticor owns 20% of Warkworth Associates in New South Wales and 26% of German Creek in Queensland. The company has been a long term partner in both operations, but has made no secret of the fact that it regards them as non-core. It was a question of finding the right time to sell, and that time may be fast approaching.

In August this year, Royal Dutch-Shell announced it would be quitting its Australian coal assets, including a controlling stake in German Creek. The Shell coal sell-off, expected to be finalised in the first half of 2000, has provided Ticor with a window of opportunity to offload its own German Creek stake.

"There are probably six companies around the world that are looking at the Shell assets, and clearly we’ll see if that is an opportunity for us to exit (German Creek) at the same time," Quinn said. "If there is a lot of interest in coal caused by the Shell sale, that just might enable people to become more aware of us and that opportunity."

Investors would welcome the move towards a pure mineral sands play. At the moment, Ticor is regarded as a bit "messy" because of its spread of interests. 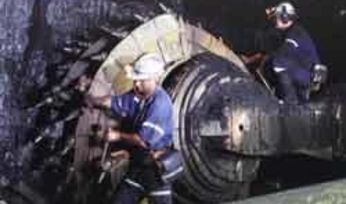 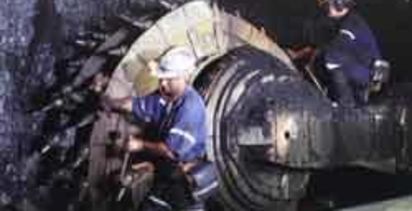