One man who has seen many changes in the Australian longwall equipment supply business over the past decade is forging ahead with a bid to create a strong new "independent" player during a particularly quiet time for the industry. While his major rivals are battening down the hatches for this year’s forecast lean spell for new equipment sales, Richard Eveleigh’s Inbye Mining Services is emerging as a new force in niche segments of the equipment market.

The company is also trying to broaden its exposure to burgeoning east coast tunnelling activity to ease the effects of regular lulls in the underground coal mining equipment market.

Inbye is the Australian agent for US-based armoured face conveyor manufacturer Longwall Associates and shearer drum supplier CA Cutter Head, Germany’s Webster Schaeff and British conveyor chain manufacturer Reilloc. Eveleigh has had a 15-year association with the latter. During that time he also held senior management positions in Australia with Meco International, Longwall International and Joy Mining Machinery. He left Joy two years ago to form Inbye, which began life as a consultancy.

The alliance with Longwall Associates started a year ago and the links between the two companies seem likely to grow stronger with the American group expected to become a stakeholder in Inbye as it builds an Australian manufacturing base. Eveleigh has utilised contacts forged during his days at Meco and Joy to get AFC drive frames manufactured in Wollongong, New South Wales, for Powercoal (Newstan, Angus Place and Wyee mines), and wants to expand Inbye’s local manufacturing operations.

The five-year-old Longwall Associates produces a range of longwall equipment (not shearers and roof supports), but specialises in AFCs. Inbye has supplied an LA pan line to Capcoal’s Southern colliery in Queensland’s Bowen Basin and has an ongoing support agreement with the mine. Eveleigh would prefer the LA-designed AFCs were manufactured in Australia.

Eveleigh said Inbye was thrusting him back in the thick of the local mine equipment supply action, something he is comfortable with despite the intense competition putting pressure on suppliers’ margins. Industry heavyweights Joy Mining Machinery, Deutsche Bergbau Technik, Long-Airdox and VA-Eimco, which control an estimated 80-90% of the global longwall-mine equipment market, see Australia as a growth market but certainly one in which activity is presently stalled.

"We see ourselves as a niche player in the local market," Eveleigh said. "We realised we had to represent three or four international niche players to achieve critical mass as a business, to provide the local product support and service required, and outside the four major global groups there are still a number of smaller companies that make very good equipment."

He said AFCs were a good focal point for Inbye because the equipment needed to be replaced or refurbished at fairly regular intervals. "It is also a relatively low-technology product so there are no real entry barriers, it’s a product that requires good back-up, and it lends itself to being manufactured locally."

Complementing the AFC franchise is Inbye’s Reilloc association. The company has locked in a supply agreement with Austral Coal’s Tahmoor colliery, near Wollongong, for conveyor chain and flight assemblies.

Eveleigh said there were several new developments "in the pipeline", but couldn’t elaborate. Inbye will look to build its presence in the Queensland market, the main growth area in the Australian market. It has a Queensland manager and half-owned Abye Mining Vehicles, a joint venture with ACIRL, is marketing and supporting modified Toyota diesel underground vehicles from its Brisbane base.

AN market set to recover … slowly

Analysts believe the AN market will make a slow comeback. 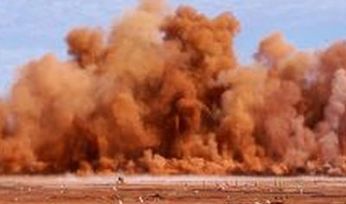 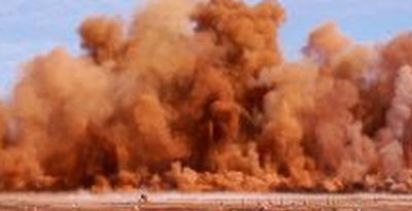