FreightCorp hauled a record 85.5 million tonnes of bulk products in 1998-99, including a new benchmark of 72.5Mt of coal.

FreightCorp hauled a record 85.5 million tonnes of bulk products in 1998-99, including a new benchmark of 72.5Mt of coal. The New South Wales Government-owned rail transport operator said 66.1Mt of coal were hauled from Hunter Valley mines to export facilities at Newcastle.

FreightCorp said its profit for the year before tax was $33.7 million. Operating revenues were $688 million and operating costs $611 million. Managing director Lucio Di Bartolomeo said the corporation had achieved significant cost reductions since it was corporatised three years ago. "We’ve now introduced new, customer-focused ways of operating to replace inefficient practices of the past and a significantly larger transport task is being managed by a much smaller workforce," he said. Employee productivity had increased 89% over the period.

FreightCorp chairman Paul Espie said freight rates to major customers had been cut by an average of 25% since corporatisation, a benefit to the market of some $140 million. 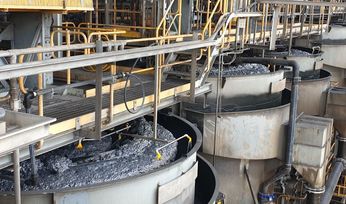 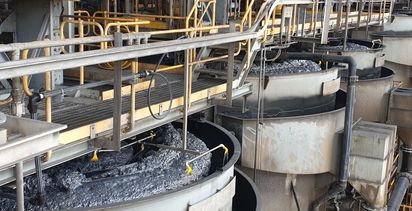