QCT Resources Ltd is asking investors to bear with it for at least the remainder of the current financial year, as lower coal prices and operating difficulties at some of its mine sites continue to hurt profits.

Announcing a $2.6 million net operating loss for the six months ended December 31, 1999, QCT said the immediate outlook for the remainder of 1999-2000 was for continued low profitability as a result of low $US coal prices and the impact of higher costs at the Kenmare longwall operation at its South Blackwater site over the first six weeks of the second half. An abnormal tax benefit of $15.4 million enabled the company to post a $12.8 million profit after currency hedging, interest, abnormals and tax.

Shipments from the Central Queensland Coal Associates and Gregory Joint Venture mines in central Queensland totalled 17.4Mt for the half year to December 31, an increase of 12% over the previous corresponding period. QCT's share of the production was 5.6Mt. The company said average selling prices for JV mines' coal was $US7.85 per tonne lower than in the first half of 1998-99, which before currency hedging equated to a $A16.10/t lower average price. Unit operating costs at the JV mines were lowered by an average $A6.50/t. QCT said the contribution from the JV mines to its result was a $27.6 million profit after tax, but before currency hedging, interest and abnormals.

Shipments from the company's wholly owned South Blackwater operations totalled 2.3Mt, down 10% on the previous corresponding period. QCT said difficult mining conditions at Kenmare late in the half year chopped 400,000t of its forecast contribution to shipments. Increased production from the South Blackwater opencut and Laleham bord-and-pillar underground mine mitigated the Kenmare shortfall, however, QCT said the impact of $A11.40/t lower selling prices for South Blackwater coal was exacerbated by restructuring of its coal sales portfolio.

"South Blackwater experienced the full impact of the difficult coking coal market earlier than the JV mines as a result of moving out of the Japanese Steel Mills' joint purchase scheme in April 1999," QCT said.

"The mine's sales portfolio has been restructured to minimise exposure to the low margin spot thermal coal market and to ensure an efficient mix of product pricing and production costs to maximise margin."

QCT said the Kenmare longwall was relocated to C seam from the overlying A seam early in the December half year. Difficult roof conditions experienced for much of the second quarter continued until early February and unit costs at Kenmare increased due to both the reduction of output and extra expense of remedial measures taken in response to the poor mining conditions.

While opencut mining costs were cut by 5% and Laleham's costs were 25% lower than a year ago, the difficulties at Kenmare led to an overall 9% increase in South Blackwater's unit cost of sales, QCT said. The mine recorded a $9.9 million loss for the half year.

QCT said Kenmare would operate on a seven day roster rather than the previous five day roster in a bid to recoup as much of the lost production as possible in the remainder of the second half. It expects production in the six months to June 30 to be reduced by 300,000t compared with earlier forecasts, while the problems in January and February would adversely affect costs for the period.

Meanwhile, QCT said progress at the JV Goonyella Exploration Adit project was encouraging. The purpose of the project was to assess mining and structural conditions, and coal quality, from the current opencut highwall to the down dip extremity of the Goonyella lease. "To date this project has been successful in its purpose of verifying surface exploration data and interpretation, and providing, at low cost, first hand experience of likely mining conditions," the company said.

"No commitment to the establishment of a longwall operation will be made until the exploration project is complete and a comprehensive assessment of the information generated by this and other exploration work is finalised.

"It is anticipated that this process will extend beyond the end of the current financial year."

BHP has another strong operational quarter. 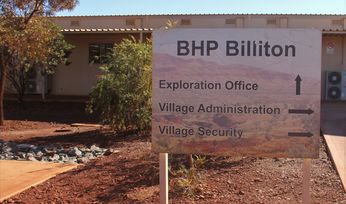 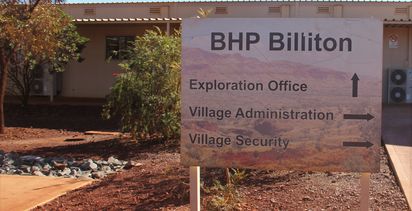