MIHAI Borsaru migrated from Romania over 20 years ago to further his scientific career in Australia. He and Jack Charbucinski, who migrated from Poland at the same time, have worked with CSIRO’s division of exploration and mining for more than 20 years developing geophysical wizardry that gives Australian coal miners the potential to jump the competition.

Not satisfied with producing the commercialised SIROLOG sonde, used by geologists throughout the Australian coal fields to locate the coal ash interface in exploration boreholes, they have continued to attack industry problems related to the quality of coal mined.

In response to concerns expressed by many Hunter Valley opencut mine operators that on wet nights they were struggling to pick the coal/ash interface and consequently suffering either excessive dilution or coal loss, the pair developed the Face Ash Analyser. This hand-held device, once calibrated, is held against the working face to locate the ash/coal interface or on the coal stockpile to measure the ash content of the coal.

This enables miners to be more precise in their mining and improves the quality and potentially the quantity of coal produced.

The Zero Probe was developed to enable exploration drilling and logging contractors to use a very low-activity nuclear source when logging the coal resource. Once industry is aware of this more advanced, compact and friendlier logging system, contractors will be forced to adopt this more recent technology.

Earlier generation SIROLOG borehole logging sondes rely on a source that has small but still significant nuclear emissions. These probes have to be treated and stored under strict regulations. Of great concern has been the potential to actually lose a source in a caved bore hole. This would potentially sterilise millions of dollars worth of coal and cause some unwanted hysteria.

The Coal Ash Face Analyser and Zero Probe are now part of the SIROLOG logging system developed mostly with the support of the ACARP program. Commercialised and available in Australia, the logging system is manufactured and marketed by Scintrex/Auslog in Brisbane, Queensland. Seven SIROLOG logging systems have been purchased in the past year by overseas companies and the number is expected to grow.

In-situ sulphur measurement is another practice made simpler by new results of industry R&D.

Coal customers and suppliers alike need to know more about their resource. Exploration is used to help forecast what the resource contains before an investment is made to mine it. The more that can be gleaned from the expensive exploration boreholes the better. It is also important to get as much information as possible from any blast holes penetrating the coal resource. Sulphur figures prominently as an enemy of the environment. When found in coal it is burnt, producing sulphurous gases, and if part of the overburden, it is frequently leached out as acid mine run-off.

The latest “Jack and Mihai” project seeks to extend earlier work that saw the development of a sonde that can measure a number of key elements of coal such as alumina and silica. The reworked sonde will provide sulphur content measures.

Given the intense competition to pursue a reconciliation methodology for predicting a coal’s utilisation behaviour prior to mining, the greatest hope for success lies with knowing what is in the resource prior to mining. Local researchers have succeeded, and will continue to succeed in the difficult task of measuring the coal resource. Coal quality is an important strategic target taken on board by ACARP. — Roger Wischusen* 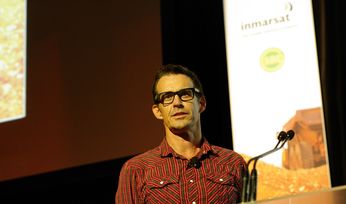 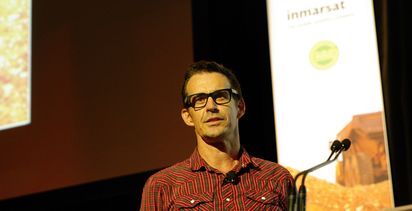 SRK gets coal specialist back