Mine operators want commercial non-flameproof vehicles underground. Developers and existing users say it is safe. Why then are the brakes still on?

Why do New South Wales and Queensland have such divergent views on coal mining? From the use of mining equipment to regulations governing mine safety, the two states have such varying attitudes it is sometimes hard to believe that only a river separates them.

Equipment to be used in both states has to undergo separate testing procedures, R&D efforts are often duplicated ... the list goes on and on. Take one example. In NSW, regulations demand that underground coal mines use antiquated flame safety lamps; equipment which has been implicated in several explosions and which is almost universally banned in every coal mining country. In Queensland, miners are required to use hand-held monitors.

Ask 10 different people why this is so and you’ll get 10 different answers. Some say it is because NSW is the older and more established mining state, more accustomed to underground coal mining, more cautious. Others blame the federal and state system for generating the current system.

A recent example is the doubling up of current research work to develop “non-flameproof” vehicles for use in underground Australian coal mines. While commercial vehicles have for some years been used in underground coal mines in countries such as South Africa, legislation has always prevented their use in Australia. The supply of vehicles deemed suitable for underground use in Australia is currently dominated by two main manufacturers of flameproof vehicles. These mostly hand-made machines can range in cost from roughly $180,000 to $200,000 and are generally regarded as expensive to service and maintain.

In Queensland, ACIRL started developing a non-flameproof vehicle seven years ago while in NSW, an ACARP-funded venture, driven by BHP Coal, has been working on a similar project since 1997. Why the doubling up of time, resources and energy to produce something virtually identical?

For someone looking in from the outside it seems almost farcical, but those involved suggest that differences in outlook, and imperatives driving the research, the intrusion of “personalities” and a host of other factors, all point to the simple fact that a single project would not have been able to deliver an outcome satisfactory to the various stakeholders. Though this is probably true it is an indictment of a broader system that seeks to perpetuate itself rather than examining the net result of its actions. There is little doubt that given the current situation the developers of the two projects had no choice other than to go it alone.

The “holy grail” of the ACIRL project, according to the organisation’s general manager, mining, Terry O’Beirne, is to use an off-the shelf, mass-produced machine and make the limited number of modifications absolutely essential to enable it to be safely used in underground coal mines. One significant advantage is that ACIRL has been able to capitalise on the vast amount of research funding vehicle maker Toyota spends on R&D.

“The goal was always that it had to be safe to an acceptable level and had to be practical, affordable and maintainable, and had to be mass-produced,” O’Beirne said. ACIRL recently formed a joint venture with In-bye Mining Services to commercialise the vehicle after successful trials at Moranbah North and Crinum.

Project officer for the NSW project, BHP’s Steve Pratt, said the original imperative grew out of a push within BHP to reduce underground diesel emissions. One answer was to offer commercially available vehicles emitting fewer fumes than other vehicles.

“When we started the main challenge was getting people even to accept it was possible — they said it was illegal. Two years ago we were told (by a mines department official), not while I’m breathing air will we allow these projects to go ahead.”

Though clearly changing, this blanket refusal to consider anything new or different once dominated segments of the NSW coal mining industry, from mine managers to union officials to the mines department. “It is possible if you tried to develop such a vehicle across two states, you might get nothing done,” Pratt said. “Albeit if you did it once you might get a cheaper outcome but there’s a fair chance, the way it’s gone, that wouldn’t take place.”

Over the past 18 months Pratt and his group have done much work to convince people of the project’s merits. Pratt believes that without the work the introduction of this equipment in NSW would have been years off where it is now. That preliminary trials of the vehicle at Tower colliery are expected to begin this year is an indication of just how far NSW has come.

Similarly, O’Beirne said the Queensland project was a consultative process between the mines department, the unions and the mining companies on how each of the risks would be managed.

“Over about 18 months we gained consensus among all of those stakeholders and we built a vehicle that met the requirements and satisfy everybody. That vehicle went on trial at Moranbah and subsequent to that we have built eight vehicles with minor modifications based on the operational experience of the first one.

“The trials in Queensland have been supported by this tripartite group. It could be said we truly represent the views of all the stakeholders in this state. No-one has been excluded.”

The two vehicles are very similar. They are both off-the-shelf Toyotas which have been or are being modified for underground use. Among the issues that need addressing are lowering diesel emissions, control of the vehicle, corrosion and, of course, adherence to mines regulations. Beyond that, the vehicles may have to comply with the new draft Australian standard AS 3584.1 “Diesel Engine Systems for Underground coal mines, Part 1 - Fire Protected”, being developed in NSW with input from the two Australian manufacturers of flameproof vehicles. As experts in the development and usage of vehicles in underground coal mines their intentions and credentials are beyond reproach, but there can be little question that should “non-flameproof” vehicles become readily available, their market share will diminish.

While the NSW project is using the draft standard as a guideline for building their vehicle, the Queensland group is fundamentally at odds with the standard, saying it is over-prescriptive and dogmatic. External control of the vehicle is the one area of biggest variation and according to Pratt, control of the NSW vehicle will be at a higher standard.

“The stuff in Queensland isn’t necessarily fail-safe and it is perceived that to let these vehicles operate in non-hazardous zones in NSW you need to have a fail-safe system and so we’re developing a variation on what Queensland have got to control the vehicle in these areas.

“It is basically a radio frequency system and the vehicle will have to receive the signal otherwise it shuts down. The Queensland system receives the signal to shut it down. Ours is a sort of super-cautious way of doing it.” 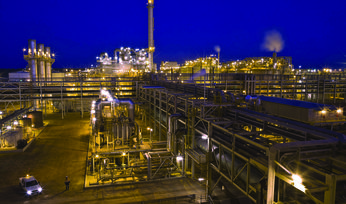