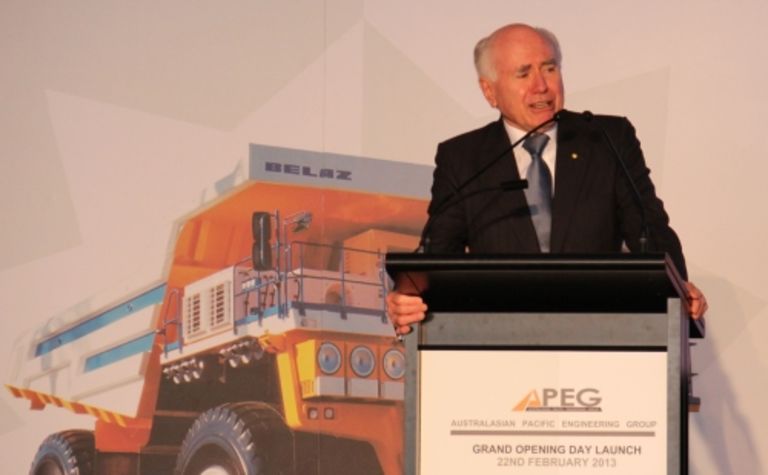 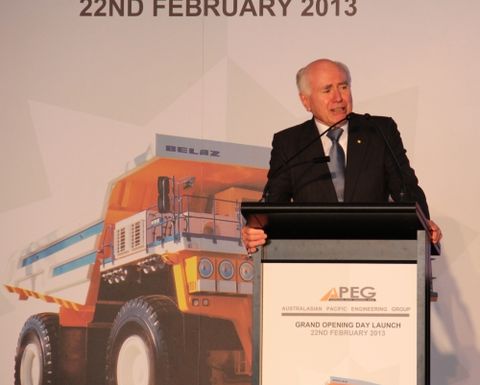 The Australian Pacific Engineering Group (APEG) is the national distributor for the Belarus brand, which is partly owned by the Belarusian government.

Howard congratulated APEG at a ceremony in Newcastle.

“The launch of BelAZ represents an opportunity to celebrate the colossal success of the mining industry in Australia,” Howard said.

“Australia has become an exemplar of good mining around the world; we’re not only good at efficiently extracting resources, we are very good at maintaining high safety standards.

“Every chance this country can take to expand its economic and trade links with different parts of the world it ought to embrace.

One in three mining trucks in the world carries the BelAZ badge. When you consider that, the only surprise is that the trucks haven’t arrived in Australia sooner.

“I believe it’s the right time. If we launched this truck during the boom time we wouldn’t have any time to get our infrastructure, support or spare parts right.

“That’s not how we operate.”

The BelAZ 240-tonne and 360-tonne trucks were the first to arrive at the company’s Hunter Valley headquarter.

Designed for extreme environments, the trucks can work in temperatures ranging from minus 50 degrees Celsius to more than 50C.

“These are custom-made trucks produced to work well in some of the harshest mining conditions in the world,” Halliwell said.

“The way they are produced, they can be manufactured to any mining specifications. Usually in Western countries, buyers get what comes off the assembly lines and they have to modify them to suit their specifications. But with these vehicles, it is more about what BelAZ can offer customers that our competitors can’t.”

APEG’s mining customers can choose a range of specifications for their vehicles, including engines, tyres and hand rails.

The trucks can then be taken straight to site and assembled in two to three weeks.

A Cummins or a Detroit diesel engine is available, with a choice of either Siemens or General Electric for the drive system. 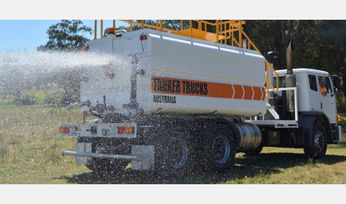 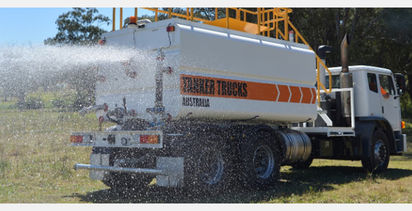