RECENT research by the US National Institute for Occupational Safety and Health has found coal producers need to focus on increasing rock dust content on the top and side areas underground to reduce float coal dust explosion hazards.

NIOSH found the position of coal dust along the perimeter of an entry was a more important factor affecting explosion propagation than was often recognised.

Researchers said the dust on the ribs, roof and other elevated surfaces (overhead dust) could be dispersed much more readily by an explosion than dust on the floor.

During the experimental mine explosion tests, trays of colour-coded dust layers were substituted for the floor layer in strategic locations throughout the test zone.

The results showed that, for a typical float coal dust explosion, only the top 2-4mm of the floor dust layer was stripped off or entrained in the air.

It was also found that a minimum layer, about the thickness of a sheet of paper, of pulverised float coal dust deposited on top of a uniform concentration of 80% rock dust and 20% float coal dust would propagate an explosion.

The thicker the float coal floor layer, the more violent the explosion.

NIOSH said generalised rock dust was currently the primary means of defence against coal dust explosions in US mines and regulations stated rock dust had to be used in bituminous coal mines and distributed on the top, floor and sides of all underground areas of a coal mine.

Coal dust explosions can be catastrophic, according to the NSW Resources Regulator. 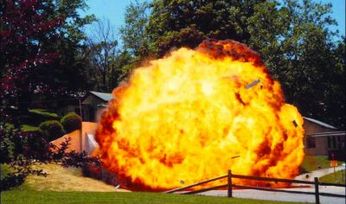 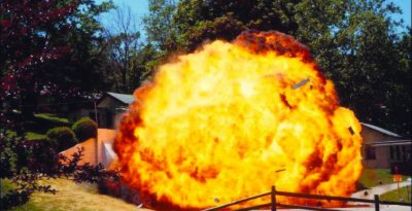