THE US Mine Safety and Health Administration has appointed Thomas Light to lead the investigation it will launch into the cause of May 20s Darby mine explosion.

Light, who has served with MSHA for 31 years, will lead a team of investigators to determine the cause of the explosion at Darby’s No. 1 portal in Harlan County, Kentucky. He currently serves as an assistant district manager in New Stanton, Pennsylvania; his previous duties have included roof control supervisor, field office supervisor and mine inspector.

Included in the investigation will be a comprehensive evaluation of the accident itself as well as issues relating to the cause and the operation’s compliance with federal regulations. Mine personnel will be also be interviewed and records reviewed as part of the inquiry.

“The MSHA investigation will thoroughly examine the scene of the mine explosion to determine the exact cause of the accident, so the families will know what happened and we can prevent this from occurring again,” said MSHA acting administrator David Dye.

“He [Light] and the team will look for the root cause of the accident and look at any health and safety violations that may have contributed to the blast, ... interview potential witnesses and establish a chronology leading up to the event.”

Meanwhile, published wire reports on Tuesday afternoon have said coal dust as a potential cause is being ruled out but now methane appears to be the culprit. Coal dust was initially thought to be the source because of the force the explosion had.

“This was a methane explosion," Environmental and Public Protection Cabinet spokesman Chuck Wolfe said Tuesday at a public briefing.

“It does not appear that coal dust really played a role in this,” he said, citing a conversation with the Kentucky chief investigator, Tracy Stumbo, who had been underground working the investigation.

State and federal investigators, according to news service reports, began the investigation Tuesday by installing about 50 ventilation curtains around the central area of the explosion to aid in directing and controlling air. Mapping is also being performed by investigators, as is determining a timeline for the incident.

“They’ll measure and identify and map every element down there that was involved in this accident,” Wolfe said.

The five Darby fatalities include Amon Brock, 51, Roy Middleton, 35, Jimmy Lee, 33, George William Petra, 49, and Paris Thomas Jr, 53. The sole survivor, Paul Ledford, exited the mine on his own and was taken to a hospital where he was treated and released.

According to state officials, the Darby explosion was the deadliest mining incident in Kentucky since 1989, when 10 miners lost their lives in an explosion in the western portion of the state. The US mining death toll is now 31, 10 of which have occurred in Kentucky. A record low for mining deaths was recorded last year, with 22. 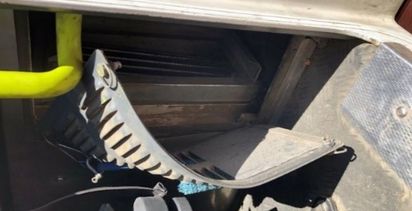