ANGLO American has decided not to proceed with the acquisition of a 58.9% stake in the Revuboe metallurgical coal project in Mozambique.

The company said the $555 million acquisition would not go ahead after a number of conditions were not met following nine months of negotiations.

"As announced on 24 July 2012, the transaction was subject to a number of conditions. Those conditions have not been satisfied and Anglo American has decided not to proceed with the transaction,” the company said in a statement.

The global miner said it would continue to look for opportunities to explore Mozambique's coal-rich Tete province.

The 1.4-billion-tonne prospect is a joint-venture partnership being sold by the estate of deceased mining magnate Ken Talbot and includes Japanese Nippon Steel Corp and South Korean POSCO as the major stakeholders.

The news comes amid a number of challenges for Mozambique’s coal industry after severe flooding forced the closure of the major Sena railway, causing export disruptions throughout Tete.

Rio Tinto and Vale have recently established operations in the nation, but cited logistical problems, including a lack of infrastructure, for massive spending and write downs.

Anglo American’s metallurgical coal profits plunged 66% last year to $US405 million, despite the company achieving record production of 17.7 million tonnes for the year.

The company’s thermal coal division underlying operating profit of $793 million was 36% lower, mainly as a result of lower export thermal coal prices for both South African and Colombian coal and, in South Africa, above inflation cost increases.

The scope of works included all general and specialty lifting requirements. 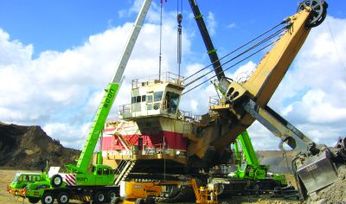 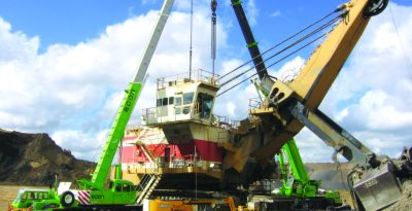