Salva snapped up by HDR

BRISBANE-based coal exploration, mining and commodities consultant Salva – which worked with Hancock Coal on its Alpha project – has been acquired by global engineering firm HDR.

“Salva works at the front end of the industry, in exploration and geology so linking with an engineering firm is a nice continuation for our clients. It allows us to move from the front end, through the whole cycle with them, to the end of the process,” Broadfoot said.

“We have been in talks with HDR for a while and we have a great deal of respect for the way they do business. We are very excited to partner them and look forward to complementing each other with the services that we provide.”

Broadfoot could not disclose the financial terms of the agreement but the acquisition will include both Salva Resources’ exploration and mining consultancy and Salva Reports’ commodity analysis group. Going forward, Salva Resources will do business as HDR|Salva.

Broadfoot started the business in India in 2007 before moving back to Brisbane the following year to set up a head office.

“Based out of Brisbane, coal has been the backbone of our business in the industry. In Australia we have been heavily involved in the Hancock coal project and many others projects with all the major and mid-tier coal miners in the country,” Broadfoot told ILN

“Internationally we have worked with coal in India, Indonesia, and Mongolia. Because we started in India we have a great base there where we generate a great cross-section of work across thirty different countries.”

Salva was the site operator and geological consultant for Hancock Coal’s Alpha project and was instrumental in the introduction of Hancock to India’s GVK, who eventually bought an 80% stake in the project.

HDR is an 8000-strong engineering company based in Nebraska. Broadfoot said that HDR hasn’t made much of a foray into mining yet but it is a step that the company has been keen to make. When asked whether Broadfoot always intended Salva to make a move such as this, the young businessman laughed.

“It’s funny you say that because last week I was looking back at an initial first year business plan and I had written something similar down. It was rewarding to look back at that and see that that idea had stayed on the cards,” Broadfoot said.

The acquisition will see Broadfoot become HDR's global mining head, based in Brisbane, while his business partner Grant Moyle will leave the group and join long-time Salva stakeholder, Mitchell Group.

In a statement released Tuesday, HDR Engineering president Eric L. Keen commented: “Salva professionals are greatly respected throughout the mining industry, and we couldn’t be more pleased they decided to join HDR. Their talents mesh perfectly with our goals of strengthening our mining/resources practice and global presence.”

“Just as importantly, their values and commitment to their clients mirror HDR’s client-driven philosophy,” Keen added.

HDR has made a strong push into the Australian market, also snapping up Queensland-based company DKS Consulting Engineers in July.

Gold miner snaps up mining contractor and its fleet. 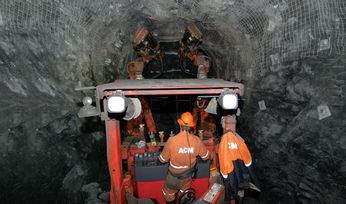 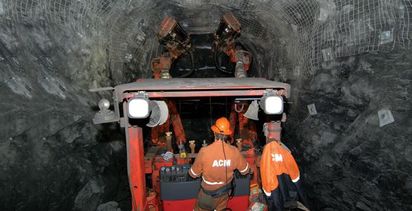 Moly-Cop snapped up for investors