Shale the way to go - in the long run

THE Australian Council of Learned Academies has found that shale gas could significantly reduce Australia’s carbon footprint but only if best practice is adhered to.

ACOLA found while there were significant challenges in getting shale gas going in Australia, including a lack of infrastructure and ongoing geological uncertainty, it could help combat climate change.

“Overall, we found that there is great potential for shale gas in Australia but the benefits will not be easily won,” ACOLA unconventional gas working group chair Professor Peter Cook said.

“It will cost more than in the USA and require great skill, capital and careful management of any impacts on ecosystems and natural resources.

“To be successful, any shale gas industry will require an informed and supportive community and transparent and effective regulations and companion codes of practice.”

Addressing the fugitive emissions question, the report said there were great uncertainties in trying to complete any lifecycle assessment but it shot down claims of all methane produced during flowback being vented as unrealistic.

The paper argues that a fair degree of flaring already takes place but mitigation of greenhouse gases would be helped greatly if shale producers were required to undertake “green completions”.

It said a large component of whether shale gas could help mitigate Australia’s greenhouse output depended on whether it was used to displace coal-fired electricity generation.

“Using shale gas in gas turbines for electricity production will result, on average, in approximately 20% more emissions than using conventional gas, but 50-75% of the emissions than when using black coal, assuming green completions (based on life cycle emission considerations) for power generation,” the report stated.

Australia’s greenhouse gas emissions based on gas replacing coal-fired generation; the extent to which this actually occurs will depend on the price of shale gas compared to alternative energy sources.”

However, it noted there was a lack of data around emissions and recommended that more data collection take place.

It said potential harm to the environment from shale gas drilling was overplayed but still worth looking into.

“A large number of impacts are possible but the likelihood of many of them occurring is low and where they do occur, other than in the case of some biodiversity impacts, there are generally remedial steps that can be taken,” the report said.

“Nonetheless it is important that the shale gas industry takes full account of possible adverse impacts on the landscape, soils, flora and fauna, groundwater and surface water, the atmosphere and on human health in order to address people’s concerns.”

Aim to boost the optimisation of plants using their respective equipment. 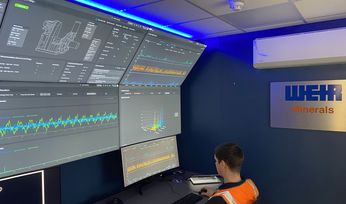 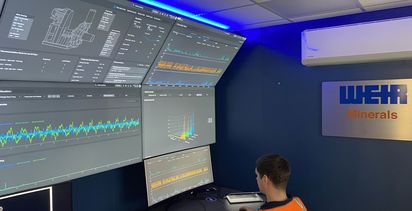