IT MAY seem like a niche sport, but coal shovelling has a long and proud history in Tasmania. 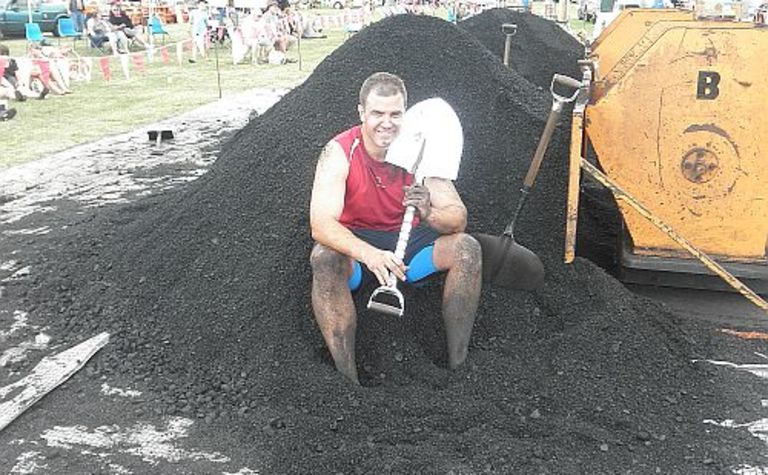 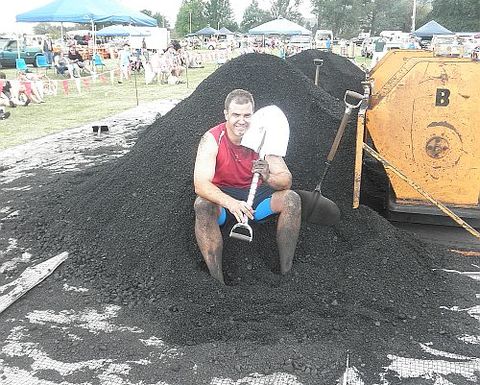 Now in its 32nd year, the World Coal Shovelling Championships are held annually at the Fingal Valley Festival in Tasmania and this year’s winner said it was an important tradition.

“The Fingal Valley Festival is a reflection of Tasmanian industry, particularly in the valley. There are events in sheep shearing, coal shovelling titles and the roof bolting titles,” says festival secretary and 2013 coal shovelling champion Malcolm Woods.

Woods told ILN that the coal shovelling competition requires contestants to pile half a ton (508kg) of loose, wet coal from the ground onto a 1m-high scale as quickly as possible. There are both solo and pairs competitions, and it is simply a furious race to the half-ton mark.

“You just shovel as fast as you can and when the first person hits half a ton they ring a bell,” Woods said.

The record for the championships is 26 seconds. Woods won this year’s event in 34s.

The winner can walk away with as much as $2000 in prize money as well as a silver plated shovel. This year Woods, a sales engineer, was lucky enough to take the prize.

“I grew up in the valley and I only took up the event one year because they were short a shoveller. I’ve been competing in the event for 10 years now and I’ve started helping to organise the festival too because I didn’t want to see it die out.”

The festival also hosts the World Roof Bolting Championship, in which concrete blocks take the place of a mine roof.

“It’s basically a simulation of what they do in a coal mine to secure the roof and make it safe. They put two bolts into the centre anchor and they have to be tightened to a certain length and torque.”

The prize money for the roof bolting competition is $3000.

Woods said the festival was an important day on the Fingal Valley calendar and could attract over 1000 people from across the country.

“I think people still like coal shovelling because it’s unique and it’s still got the competitive sport atmosphere. We get competitors from all over Australia.”

“This year we had guys from Queensland and New South Wales and there were shearers from Victoria and New Zealand.”

Coal shovelling, unlike roof bolting, is a mining task of yesteryear. At the pinnacle of the industry an average worker could shovel 18 tons of coal in a day and he would be paid by tonnage.

The greatest tonnage recorded in a fortnight pay period was in the Fingal Valley during the early 1950s, when Billy Greaves and Wick Pilgrim cleared 434 tons of coal between them.

IT MAY seem like a niche sport, but coal shovelling has a long and proud history in Tasmania. 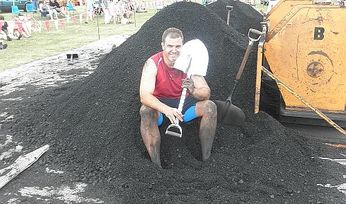 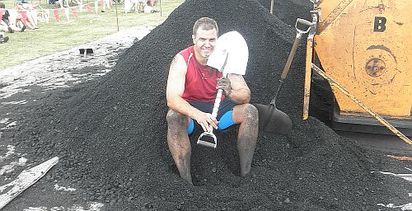