XSTRATA Coal is seeking to modify the project approval for its Ravensworth mine in New South Wales to recover an extra 2.7 million tonnes of run of mine coal by open cut mining methods. 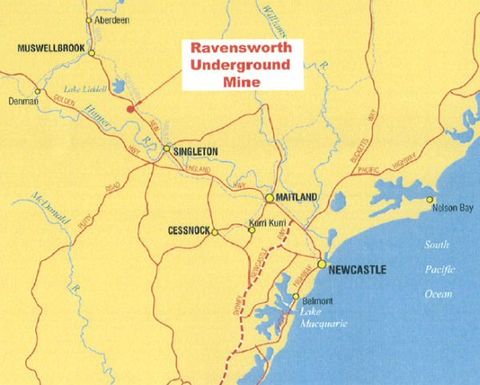 The modification will not extend the life of approved mining at Ravensworth operations but will increase the production rate of the complex for an approximate two-year period, with existing operations progressing as per originally scheduled.

The additional mining is scheduled to occur over the two-year period within the footprint of an approved overburden emplacement area, which has also previously been disturbed by mining activities, which is known as the Narama West mining area.

All mining and associated activities to be conducted as part of the modification will be undertaken in accordance with approved operations.

No increase above the approved workforce limit is proposed.

Mining operations are likely to commence in 2013 and continue through to 2014 but may occur later pending approval, scheduling of operations and availability of equipment.

Production during this period will remain within the approved maximum limit of 16 million tonnes per annum ROM coal.

Following cessation of operations in the Narama West mining area, the resultant mine void will be progressively backfilled with overburden.

The broader Narama mining area, including all of the land subject to the modification, will then be utilised as an overburden emplacement area for future mining at Ravensworth operations.

This area will later be shaped and rehabilitated in accordance with the approved mining operations plan and final landform design.

Coal resources are targeted from the Broonie seam down through to the Hebden seam by truck and shovel and/or dragline mining techniques.

Loaders/shovels, excavators and draglines are utilised for the removal of overburden. This equipment is supported by a fleet of haul trucks, which transport the overburden to an approved OEA.

ROM coal is extracted by a loader and/or excavator.

Rejects from the CHPP are transported to and blended with the OEAs while tailings are pumped via above ground pipelines to the Cumnock, Ravensworth South and Narama voids.

Water is decanted during the transfer and recycled in the Ravensworth operations water management system.

Works at the mine involved rescheduling of rehab works aligned to the approved amended mining. 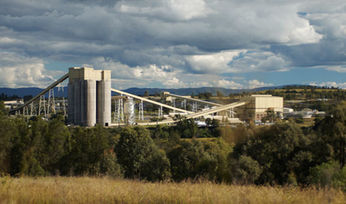 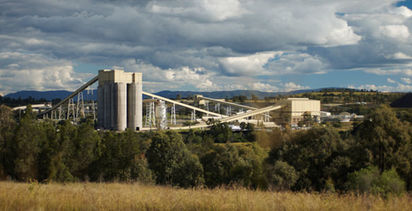