The Loadrite X2650 onboard weighing system for excavators of 200-800 tonnes has been trialled at a large New South Wales mine.

Loadrite product manager, excavator series Gordon Hain said the X2650’s ability to deliver accurate weight information for every bucket of material loaded made it stand out from other products.

“Until now, most mining operations have relied on payload systems on haul trucks to measure payload weight,” he said.

“But on haul trucks that data is not provided until after the bucket has been dumped into the truck and accurate data is only available after the truck has left the load out location.”

The result is a flat payload distribution curve for the fleet with the mean not matched with the target payload.

“By then, precious time has been wasted if you discover the truck is over or under-loaded,” Hain said.

“In contrast, using the X2650, which is fitted to the excavator, operators can accurately measure each bucket load of material before it is put into the truck.

“This puts the power back into the hands of the operator, allowing them to make better decisions.

“The X2650 is a dynamic in-motion weighing system, which means it measures the payload during the loading procedure, thereby having no impact on the loading time.

“This maximises overall productivity as it reduces under-loading trucks or the need for trucks to return to the face if they’ve exceeded the overload capacity.

“The result is a payload distribution curve centred on the target payload with low variance.

“Real-time data is very valuable to large mining operations, which are focusing more on enhancing productivity and reducing operating costs as they strive to increase profitability and overcome falls in commodity prices.”

Following the NSW mine trial, that mine is fitting the X2650 across its six-machine excavator fleet with the goal of maximising the potential cost savings the system can deliver.

“When you consider the ownership and operating cost of the fleet over the course of a year, each time a large haul truck needs to return to the face, plus the associated lost time and machinery stress, the savings can add up to hundreds of thousands by getting loads right the first time,” Hain said.

The X2650 should make it easy for mine operators to comply with the commonly accepted 10-10-20 original equipment maker load policy. Under that policy, the warranty is voided the haul truck is 20% overloaded.

“The bucket-by-bucket accuracy delivered by the X2650 takes the guesswork out of the process, enabling the excavator operators to meet these load requirements and protecting the investment made in the equipment.”

The device also captures a host of critical productivity data that can be used to track and record overall load-out performance.

“This information can be transferred wirelessly for future analysis and reporting.”

According to Loadrite, accuracy is assured within plus or minus 3% in a wide range of operating conditions.

“In comparison, the dynamic payload information provided in haul trucks is generally only accurate to within 5 per cent and that’s only after the truck is a few hundred metres down the road from the load out location,” Hain said.

“Given the link between productivity and profitability in the mining industry, we’re expecting to see strong growth of the system in the next 12 months.”

It will enable access to lower cost manufacturing sources to reduce up-front investment. 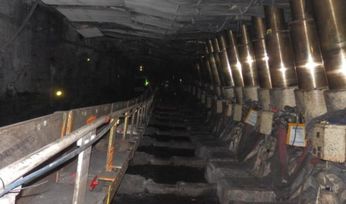 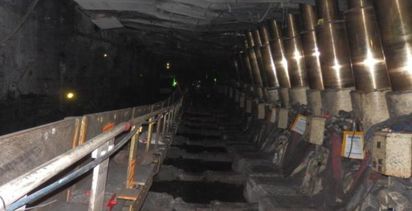