PLANT hire and sales provider Equipment Placement will display three of its latest mining productivity innovations, including a world-first mining truck turntable, at this year’s AIMEX. 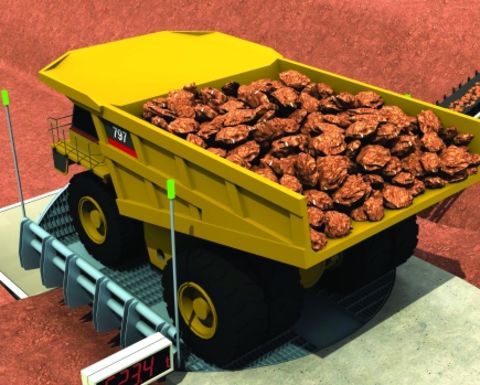 An artistâs impression of the Mining Truck Turntable product

Developed by Australian Turntable Company the “world-first” Turntable was designed to improve the dump cycle times of a truck fleet.

It can rotate a dump truck, with a maximum 360 tonne capacity, within 15 seconds and can be “easily” relocated around minesites.

“Given the Turntable only takes up 100sq.m, it also acts as a space saver and a traffic organiser,” Crockett said.

“Backed by three years of research, the Turntable identified that reversing into a hopper was unnecessary and traffic management was optimised and consistent.

“The hopper is fully utilised due to table overhang, while an integrated weigh station allows real-time data retrieval and an increase in production. So fleet size can be reduced or production tonnes increased.”

Equipment Placement’s HIRB was designed to minimise rope slap when a rope shovel or dragline’s boom is jacked into the ground.

The HIRB’s robust design reduces the vibration effects on components, including hoist drum motors and gearboxes, and shovel structures.

It was developed to help eliminate rope alignment issues and prevent ropes whipping over the point sheave.

“When digging into the face, the HIRB manages rope bounce and slack ropes, so shovel operators feel a significant increase in production, especially in hard digging conditions.”

The HIRB is said to be easy to install and maintain, as all parts are easily accessible and can be designed to fit any rope shovel.

“And the return on investment is evaluated by increased efficiencies, shorter cycle times, decreased problems with rope and the extending lifespan of the shovel,” Crockett said.

The Sleipner transport system is used for moving excavators and mining shovels onsite, ranging from 30-560 tonnes.

No hydraulics are used by the Sleipner, it’s all mechanical, and excavators moved by the system don’t need any technical alterations.

Crockett said the system had proven itself in the toughest Australian conditions and companies were achieving benefits and payback in months, rather than years.

“A huge increase in production is possible due to a digger arriving at a destination 75% faster,” he added.

Based in Perth, Equipment Placement has provided products, parts and services to the mining and construction industries since 2002 and will exhibit on Stand 0122 at AIMEX. 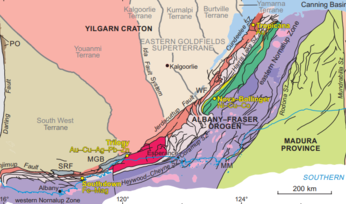 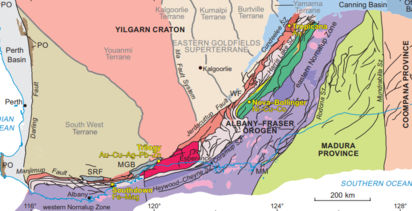 WA flaunts its Midas touch with a gold pour double