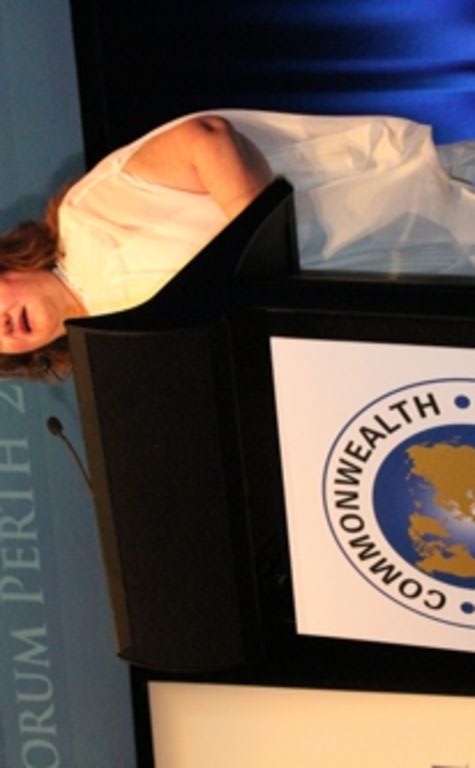 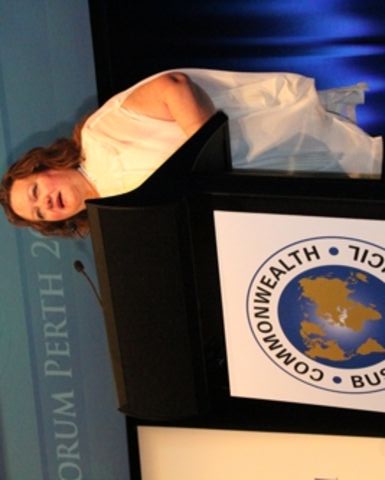 Gina Rinehart at the Commonwealth Business Forum in Perth

The West Australian reports that one of Gina Rinehart's chief lieutenants asked a top accountancy firm to “sanitise” its tax advice three weeks before the mining magnate warned her children they would be bankrupted if she vested their multi-billion dollar family trust.

Hancock Prospecting chief financial officer Jay Newby told PricewaterhouseCoopers to prepare two versions of its advice – with one to specifically remove any reference to the possibility that shares in the family company, which were to be distributed to the children, could be pre-capital gains tax.

According to the firm's internal documents, this new version was "for provision to the children".

Three weeks after the request and just three days before the trust was due to vest, Rinehart told her four children that PwC had given her firm advice that capital gains tax would bankrupt them if the vesting went ahead.

She said they had to agree to let her postpone the trust's vesting by more than 50 years to avoid ruin.

Australia’s biggest taxpayer, Rio Tinto, which paid $8 billion last year, has invited the Australian Taxation Office to check its bookkeeping in “real time” to lower the risk of any surprise bills, according to the Australian Financial Review.

Rio Tinto, along with other miners, is about to enter another period of tax uncertainty as the new Abbott Â¬government prepares to roll back the former Gillard government’s carbon tax and minerals resource rent tax from July 1 next year.

The ATO is in talks with Australia’s biggest miners over last-minute Â¬legislation passed under the previous government, which would force Tax Commissioner Chris Jordan to publish “certain information about corporate entities”, including the amount of minerals resource rent tax and petroleum resource rent tax paid.

Rio Tinto already publishes how much tax it pays in each country and is a world leader in tax transparency, but not all miners are so keen to reveal publicly their tax affairs.

“The policy intent is to discourage large corporate tax entities from engaging in aggressive tax avoidance practices and to encourage public debate about corporate tax policy,” the ATO said in a bulletin to major companies this week.

ASX directors to quit after US trade scandal

A share-trading scandal in the US has claimed two long-serving directors of the Australian Securities Exchange, with Shane Finemore and Russell Aboud preparing to resign from the board this morning, The Australian reports.

ASX chairman Rick Holliday Smith was told by the directors of their intentions last night following a board discussion over a US Securities and Exchange Commission fine imposed on Manikay for short-selling shares in Citigroup in 2009.

The SEC has fined Manikay $US2.65 million ($A2.83 million), including its profits on the trade.

Manikay was among 23 funds that were caught up in a wide-ranging crackdown by the SEC on short selling.

ASX board members held a discussion yesterday after news of the fines totalling $14.4 million broke. Finemore was in New York; Aboud was in Australia.

"The ASX chairman has been notified by Russell Aboud and Shane Finemore of their intention to resign from the board in the morning," a spokesman for the ASX said last night.

"Once they have done so we will make a further statement to the market."

Aboud last night told the newspaper that he was sad to have to resign, but that it was "the right thing to do" to avoid any perception problem for the ASX.

"We would not have done it otherwise," he said.