A US study finds the transition from coal to natural gas for electricity generation in Texas is saving water and making the state less vulnerable to drought. 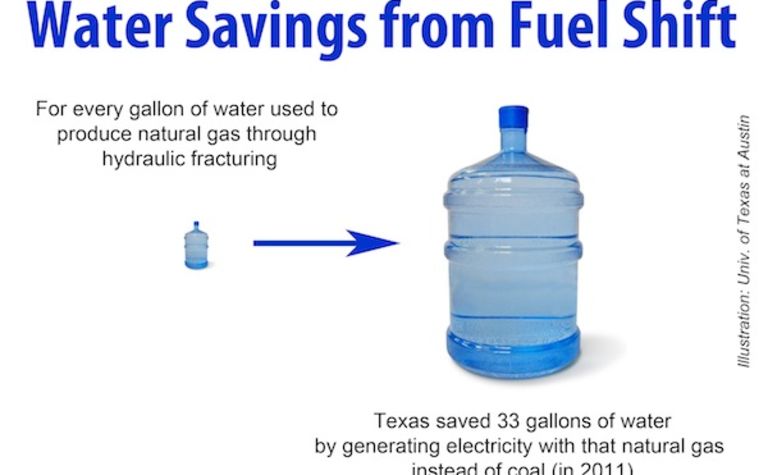 Even though exploration for natural gas through hydraulic fracturing requires significant water consumption in Texas, the new consumption is easily offset by the overall water efficiencies of shifting electricity generation from coal to natural gas.

The researchers estimate that water saved by shifting a power plant from coal to natural gas is 25 to 50 times as great as the amount of water used in hydraulic fracturing to extract the natural gas. Natural gas also enhances drought resilience by providing so-called peaking plants to complement increasing wind generation, which doesn't consume water.

The results of The University of Texas at Austin study are published this week in the journal Environmental Research Letters.

The researchers estimate that in 2011 alone Texas would have consumed an additional 121GL of water – enough to supply 870,000 average residents – if all its natural gas-fired power plants were instead coal-fired plants, even after factoring in the additional consumption of water for hydraulic fracturing to extract the natural gas.

Hydraulic fracturing and horizontal drilling are the main drivers behind the current boom in US natural gas production. Environmentalists and others have raised concerns about the amount of water that is consumed.

In Texas, concerns are heightened because the use of hydraulic fracturing is expanding rapidly while water supplies are dwindling as the third year of a devastating drought grinds on. Because most electric power plants rely on water for cooling, the electric power supply might be particularly vulnerable to drought.

To study the drought resilience of Texas power plants, Scanlon and colleagues collected water use data for all 423 of the state's power plants from the Energy Information Administration and from state agencies including the Texas Commission on Environmental Quality and the Texas Water Development Board, as well as other data.

Since the 1990s, the primary type of power plant built in Texas has been the natural gas combined cycle (NGCC) plant with cooling towers, which uses fuel and cooling water more efficiently than older steam turbine technologies. About a third of Texas power plants are NGCC. NGCC plants consume about a third as much water as coal steam turbine (CST) plants.

The other major type of natural gas plant in the state is a natural gas combustion turbine (NGCT) plant. NGCT plants can also help reduce the state's water consumption for electricity generation by providing "peaking power" to support expansion of wind energy. Wind turbines don't require water for cooling; yet wind doesn't always blow when you need electricity. NGCT generators can be brought online in a matter of seconds to smooth out swings in electricity demand. By combining NGCT generation with wind generation, total water use can be lowered even further compared with coal-fired power generation.

The study focused exclusively on Texas, but the authors believe the results should be applicable to other regions of the US, where water consumption rates for the key technologies evaluated — hydraulic fracturing, NGCC plants with cooling towers and traditional coal steam turbine plants — are generally the same.

The Electric Reliability Council of Texas, manager of the state's electricity grid, projects that if current market conditions continue through 2029, 65% of new power generation in the state will come from NGCC plants and 35% from natural gas combustion turbine plants, which use no water for cooling, but are less energy efficient than NGCC plants.

Hydraulic fracturing accounts for less than 1% of the water consumed in Texas. But in some areas where its use is heavily concentrated, it strains local water supplies. Because natural gas is often used far from where it is originally produced, water savings from shifting to natural gas for electricity generation might not benefit the areas that use more water for hydraulic fracturing. 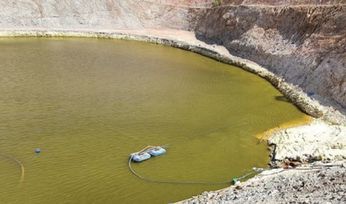 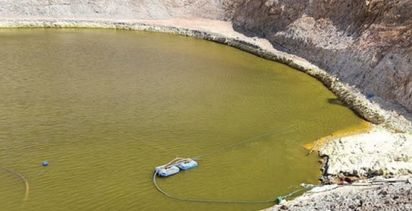