JAPAN’S Fukushima nuclear plant disaster is still driving the narrative in the global uranium industry almost three years on, but the Minerals Council of Australia sees a turnaround coming in 2014.

Japan’s appetite for yellowcake looms large in Australia’s uranium scene, but it’s also the most immediate bellwether for global sentiment and pricing.

Massive momentum for nuclear power infrastructure in the developing world has done little to inspire traction in the sick uranium price, currently holding at about $US34.50 per pound.

Instead, it seems that Fukushima and Japan are still at the centre of the uranium story.

To get a closer look at how this story will unfold in 2014, MiningNewsPremium.net spoke late last month with the MCA’s Daniel Zavattiero, who took over as a new executive director for uranium issues after the organisation absorbed the Australian Uranium Association.

Zavattiero sees 2014 as a turning point for the commodity, citing in particular the return of nuclear power operations in a nuke-wary Japan.

“The main thing is the expectation that the Japanese will start to bring some of their reactors back on line next year, and I think that will be a pretty good stimulant for the market,” he said.

“It will be something that will have a material impact on the market, which has been pretty choppy.

“Ultimately, it’s demand. In the last couple years, you’ve had the impact of the Japanese reactors down and I think that will start to turn around next year.”

Zavattiero said 14 reactors had submitted restart applications and signs were good the country’s Nuclear Regulation Authority would greenlight the projects this year.

This outlook, however, has not unanimously translated into price recovery projections.

Since mid-2012, the Bureau of Resources and Energy Economics has lowered its 2014 uranium price prediction from more than $60/lb to about $45/lb.

“Delays to the restart of Japan’s nuclear reactor fleet, a slower start-up of new reactors in China, a faster ramp-up in production at emerging mines and sales of government inventories could limit a rebound in uranium prices in 2014,” it said in its September 2013 quarterly.

BREE said that the restart of Japan’s nuclear power industry will be the principal issue defining the uranium market in 2014, noting that plant closures in the country have cut its consumption by about 8500 tonnes in 2013 relative to 2010 pre-Fukushima consumption levels.

The bureau forecast Japan’s uranium consumption to increase from 400t in 2013 to 700t this year as a result of the reactor restarts, but emphasised that new safety standards after the 2011 disaster would likely hamper short-term ramp-up goals.

Also, as most of the consumption growth in 2014 is likely to be met by existing inventories, BREE is not expecting the increase to support higher uranium spot prices.

Zavattiero reminds us, however, that Japan will not be the only force driving uranium in 2014.

This will be the first full year since the early 1990s without the supply-side influence of the so-called “megatons to megawatts” program, an arrangement which has furnished the US with close to half its uranium needs via de-militarised Russian inventories.

The US is the world’s largest producer of nuclear power, so although the country’s nuclear industry has experienced a pinch from the emergence of cheap gas power, closure of the Russian deal is expected to have significant impact on the macro supply-demand balance.

“That can only be positive for the price,” Zavattiero said.

“The uranium industry is looking for efficiency in terms of the approvals process,” Zavattiero said.

“We’re not looking for less scrutiny; we’re looking for more efficient scrutiny. Anything that moves us in that direction is a good thing.

“We’ll continue to tell our story and the long-term forecasts are out there fairly consistently.

“There’s good demand for nuclear energy in the future and I think Australia is really well placed with a great uranium endowment to supply that demand.

NT government has awarded EDL a build, own and operate contract. 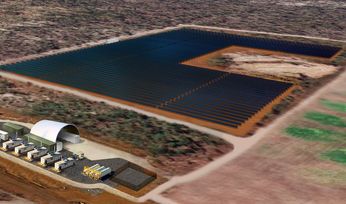 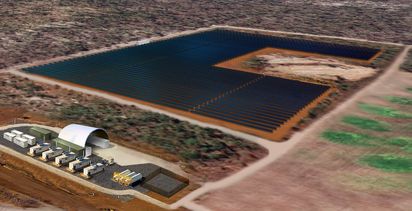 Optimisation and optimism for Paladin