A $US5 billion ($A5.5 billion) facility in Mississippi, which comes online this year, will be the first US coal power station to capture carbon and pump it underground.

The Environmental Protection Agency has used the plant to justify new climate change rules implemented by the Obama administration.

The EPA released a statement saying Southern Company’s Kemper County energy facility offered a real-life example that it was possible to keep burning the dirtiest of fossil fuels and still make the cuts in carbon dioxide emissions needed to avoid a climate catastrophe.

At $5 billion, the huge costs of the project caused concern within the industry and environmental groups that claim the expensive carbon capture system has not been proven.

The facility is predicted to burn 4 million tonnes of coal each year.

But Southern Company said the plant would strip out about two-thirds of carbon dioxide emissions, leaving emissions at about the same level as cleaner-burning natural gas.

The diverted CO2, instead of being released into the atmosphere, will be pumped to two Mississippi companies for use in enhanced oil recovery.

The EPA believes the Kemper plant can help assure a future for coal under its climate change rules, which play a fundamental role in Obama’s plan to tackle climate change.

However, Southern is not so sure about the future of carbon capture systems.

Southern spokesman Tim Lelejdal told The Gaurdian that the Kemper plant was a one-off that made commercial sense only because it was close to coalfields and the company had a market for the CO2.

"The location of the Kemper County energy facility – near its fuel source and existing CO2 pipelines – makes the plant the right choice for Mississippi and other places with common characteristics [but] the Kemper County energy facility should not serve as a primary basis for new emissions standards impacting on all new coal-fired power plants,” he said.

However, behind the scenes, Southern has moved to license the technology worldwide, hoping to sell its gasification and carbon capture technology to countries such as China, India, Pakistan and Poland.

Environmental activitist group The Sierra Club argued that Southern had no real interest in CCS but instead went ahead with the project to exploit federal grants to advance its proprietary gasification technology.

Sierra Club state director Louie Miller said the company had received $700 million in federal grants and tax credits and had been authorised to recover at least $2.8 billion of Kemper's costs by increasing utility rates in one of the poorest areas of the country.

A $US5 billion ($A5.5 billion) facility in Mississippi, which comes online this year, will be the first... 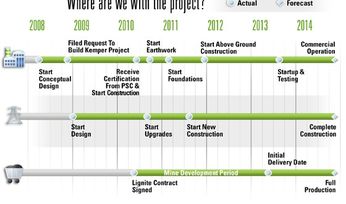 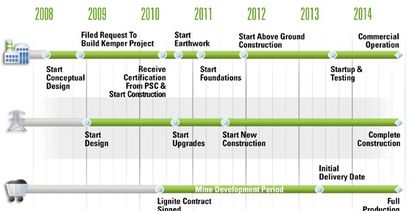