NEW South Wales Resources and Energy Minister Anthony Roberts recently backpedalled on remarks he made a few months ago about CSG “cowboys”.

On March 26 the state government announced it had frozen all new CSG licences for six months and started a review into how they were granted.

Roberts commented at the time that it had been far too easy for “speculators and cowboys” to be granted licences covering large areas of land.

The press release he had originally issued also singled out Grainger Energy, saying the company had one owner/director – Vaughan Cullen.

In a clarification dated July 2, Roberts said: “The media release referred to ‘speculator or cowboys’ and to the state only wanting ‘reputable operators’ to apply for petroleum exploration licences.

“The minister did not intend to suggest that Mr Cullen or Grainger Energy Pty Ltd were either speculators, cowboys or unreputable or if anyone thought that was the case, the minister is happy to clarify the position and indicate that was not what he intended.”

A spokesman for Roberts said the clarification was issued for legal reasons, according to the Australian Financial Review today.

“Because of the issues regarding how the minister issued the ‘apology’, things have been handed back to the lawyer,” he told the newspaper.

Roberts also used a press release in May to reveal that he had referred Metgasco to the Independent Commission Against Corruption – with the watchdog dismissing the matter weeks later.

Wants miners to support local clubs and community groups "or else". 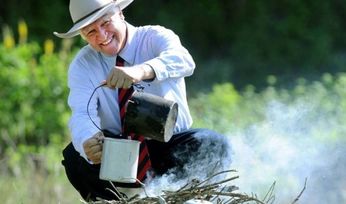 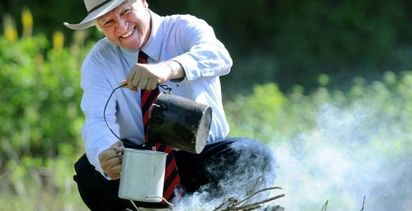