Friedland for keynote at IMARC

LEGENDARY mining investor Robert Friedland has been confirmed to give a keynote address during the International Mining and Resources Conference at the close of play on Tuesday, September 23. 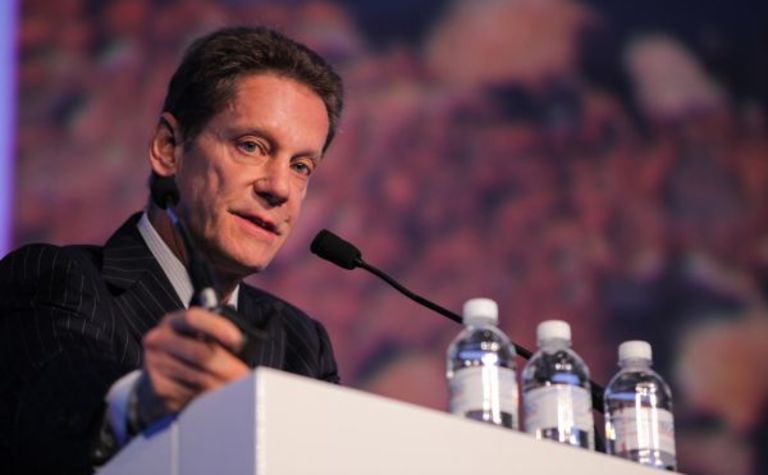 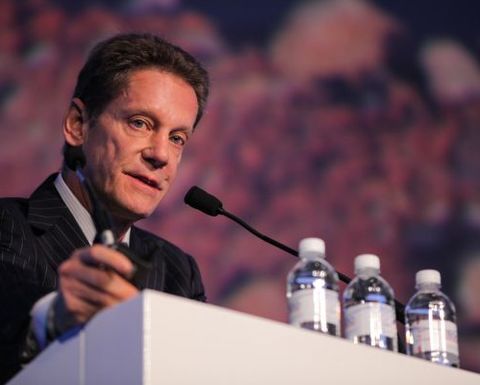 his will be the Ivanhoe Mines founder and executive chairman’s first conference appearance in Australia for more than four years.

"By 2025, which is tomorrow morning in geologic time, and at the scale in which we invest in mining, 630 million people, or 14% of the world's urban population, and 8% of all the people walking on this planet, will live in 37 megacities,” according to Friedland.

“As you build those cities, not only are you wildly consumptive of copper and steel and iron and molybdenum, but look at the air. If you want to clean that air, the environmental metals are copper, platinum and palladium."

As September 22-26 draws nearer, investors are gearing up to attend the IMARC in Melbourne to also hear from other respected speakers including forecaster Hedley Widdup from Lion Selection Group, who will discuss why his seminal mining investment clock is shifting from hold to buy.

Widdup will be participating in a number of round-table events as well as a not-to-be-missed debate on Australian mining investment in a global context.

In addition, the high-profile investor will be joined by Jayant Bhandari, senior analyst at Anarcho Capital, in a panel discussion to help investors identify the early stages of the next bull market.

“IMARC aims to bring all aspects of the mining world together and participation from high-profile investors is essential to achieving this goal,” IMARC conference director Siobhan Corry said.

“We are delighted that IMARC attendees will be able to meet with representatives of mining giants such as Rio Tinto and BHP Billiton as well as witness a discussion on the next phase of investment with the likes of Frank Holmes, CEO of US Global Investors – all as part of the same conference.”

Further investment discussion includes analysis of the burgeoning outbound Asian investment, from Colin Roberts of the World Bank Group as well as a panel discussion on the rise of private investors from China, participated by members of the China Power Investment Corporation and multinational law firm King & Wood Mallesons.

Book your registration to IMARC before August 22 to save more than $100 with the Early Bird discount.

IMARC under full steam for 2015 Shenhua and Whitehaven to feature at Austmine event

Getting a better bang down below

Getting a load in

You want me to do what?