UNIVERSAL Coal has been granted a mining right over its 50.29%-owned Brakfontein coal project by the South African Department of Mineral Resources.

Brakfontein is about 20km from Universal’s Kangala colliery in South Africa’s Witbank coalfield.

It has the potential to become the company’s third mine, joining Kangala and the New Clydesdale colliery.

It only awaits the granting of the integrated water use licence and the waste licence before development works can begin.

Brakfontein hosts a JORC-compliant thermal coal resource of 87.6 million tonnes, of which 70.5Mt are in the measured category.

A feasibility study for the project is due to be finished by year’s end.

Universal CEO Tony Weber said he was pleased to have taken another step towards the development of Brakfontein.

“Kangala has excess capacity, enabling production to increase from its current 2.4 million tonnes per annum run-of-mine rate to 4.25Mtpa,” he said.

“Given Brakfontein’s close proximity to the Kangala colliery, Universal Coal is evaluating the trucking of ROM coal to Kangala as an option in the feasibility study, thereby substantially reducing capital development costs and the scale of the water licence required.”

Brankfontein a go for Universal. 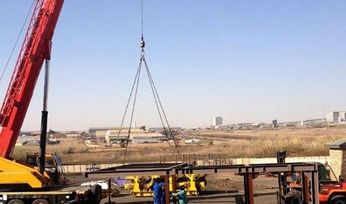 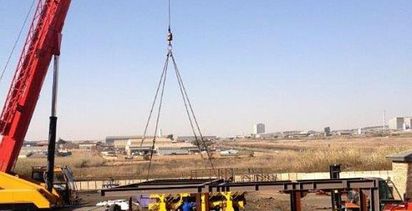