A barren country almost devoid of mineral resources and whose territory is dwarfed by the land holdings of many large mining firms is the last place you would expect to find a nascent mining, engineering and technology services sector. 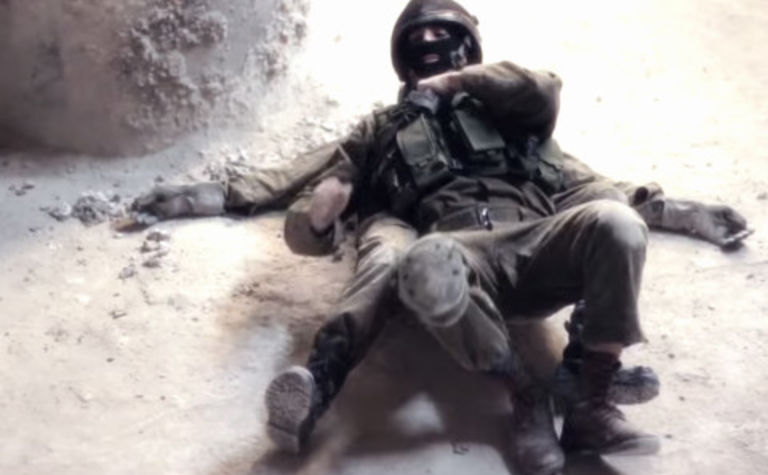 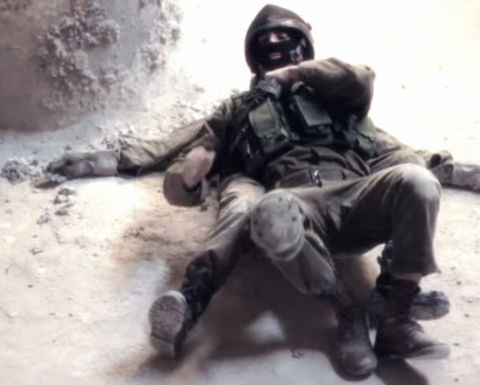 Throw in the largest defence burden in the OECD group of developed economies, at 5.6% of gross domestic product, and the picture looks even bleaker.

Israel has long compensated for its poor geographic endowment through innovation, producing more foreign firms, 90, on the NASDAQ stock exchange than any country aside from China and earning it the moniker “start-up nation”

Today, dozens of Israeli companies operate in the mining equipment, technology and services (METS) sector, according to Ehud Gonen, chief economist in the country’s Foreign Trade Administration. Most of these firms specialise in defence, water and clean technology, and have found their solutions can be easily transferred to mining.

Lehavot, a supplier of advanced fire-detection systems to one of South Africa’s big three platinum firms and several US coal mines, provides a good example of the way Israeli firms have built a profile in METS sector.

Founded by the members of Kibbutz Lehavot Habashan on the foothills of the Golan Heights, the firm started out selling agricultural equipment to the developing world and began diversifying even before the 1979 Iranian Revolution stripped it of its largest export market.

It dominated the domestic portable fire extinguisher market until the 1990s, but this was not enough to support its owners’ communal lifestyle, and in 2000 the members of Lehavot Habashan followed the path of many other kibbutzim into full privatisation.

Had the kibbutz held out for a few more years it might have survived in its original form. With encouragement from the Israel Defence Force (IDF) and the government’s Office of the Chief Scientist, Lehavot branched out into fire-suppression systems, creating the world’s first multi-zone fire-protection system for vehicles.

Work on the US military’s MRAP (mine resistant ambush protected vehicles) program helped the firm to record sales of $US20 million ($A22.38 million) in 2008, but American budget cuts forced it once again to reinvent itself.

“They [mining companies] work in harsh environments, they generally work non-stop, and their aim at the end of the day is to operate the mine around the clock and for their equipment to not be grounded for even one second,” Chaim Schwartz, vice president marketing, said.

At its core “the technology is the same technology”, but the move into other commercial sectors has its advantages. One is greater certainty, another, a less-regimented accreditation process.

“The military sector generally has much stricter requirements than the civil sector. The whole process of getting things certified with the military is challenging, they check things from the first detail. In the civil and commercial sectors, it’s not that they glance over it, but they look at an application, ensure it conforms to international standards, and they move forward.”

Israel spends more proportionately on research and development than any other country. In 2012, public and private R&D spending reached 3.93% of GDP, compared to an OECD average of about 2.3%.

In contrast, it only has one mining company of any significance: Israel Chemicals Ltd, the world’s sixth-largest potash producer, which has acquired interests in Ethiopian, Spanish and English assets amid uncertainty over whether it will be able to extend its Dead Sea concession, which expires in 2030.

Due to its eternally precarious geopolitical situation, Israel has invested billions in defence applications.

IAI recently produced a modified, remote control-operated Caterpillar D9 armoured bulldozer. Elbit is a world leader in unmanned aerial vehicles. Rafael, a developer of hi-tech land, air and sea defence systems, is the producer of Iron Dome, which intercepted about 90% of the rockets and mortars fired towards the Israeli population centres from the Gaza Strip during the recent war with Hamas, according to the Israeli military.

Gonen, who previously served as Israel’s trade commissioner to Australia, explains: “If you look at a modern defence control room and a modern mine site operations room you can see the extensive similarities between the two.

“Both terrains are extremely dangerous environments with explosives and large dangerous vehicles all around. The environments are also usually in rural locations that are isolated, which require the site to be self-sustaining.

“With the rural locations, dust and sand are part of the territory, but reliability of technology is of the utmost importance and in some situations can be lifesaving.”

The push among mining companies towards improved environmental standards has presented a new opportunity for Israeli companies, many of who are strong in areas like cleantech and water, Gonen says.

“The size of our industries makes them very flexible … when there is an opportunity, such as in the mining sector, and there is a need, we channel our efforts to find solutions for those specific problems.”

Israeli tech firms from a diverse range of fields have walked down the mining path, including: SimiGon, whose PC-based software solutions are being used by American firm Check-6 Inc to provide simulation-based training to the energy and mining industries; PollutionToWater, whose industrial wastewater treatment systems have been deployed by AngloGold Ashanti and Gold Fields, among others; and ARI Flow Control Accessories Ltd, which supplies specialty air valves and underground air-valve systems to the mining and coal bed methane industries in North and Latin America.

Perhaps the most successful is Aeroscout, which had deployed its wi-fi RFID (radio frequency identification) technology in at least 50 mines worldwide – helping customers such as Xstrata plc and Dundee Metals Inc to track staff, improve safety, and raise productivity – before it was bought by Stanley Black and Decker in 2012 for $240 million.

In some cases, Israeli products have reached the mines without their creators even realising it. In July last year, South African rescue volunteer Graham Holmquist used an Agilite instant harness to lower a police interpreter into a shaft to communicate with eight trapped miners.

He later tweeted to Miracle Medical, the distributor of Agilite products in South Africa, that the harness was one that ever person in emergency medical services, the police and fire services should have.

The instant harness is one of a number of cheap, lightweight, load-bearing devices designed for use in unexpected rescue missions. Another product, the injured personnel carrier or “human backpack”, weighs 0.3kg and is only 25cm long when folded.

Agilite was founded by three veterans of Israel’s elite Paratroopers Brigade who grew up in Britain or the United States.

The gold assaying technology is quicker, safer and more accurate 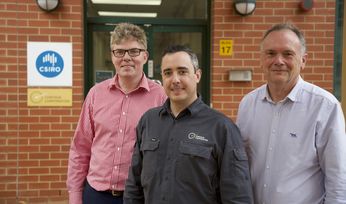 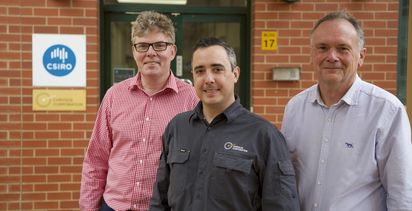 Home-grown vanadium on the cards