TRUCKING cleaner. That is the aim that has led a Western Australian nickel miner to opt for the first of a new class of truck to be sold in Australia. Supply Side by Australia’s Mining Monthly editor Noel Dyson 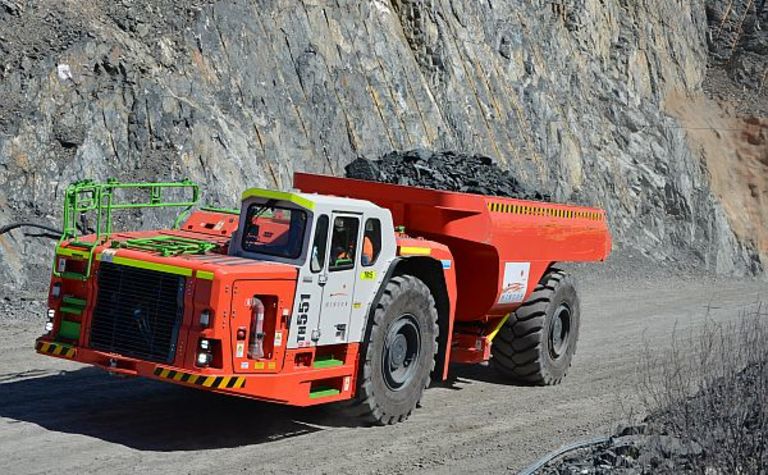 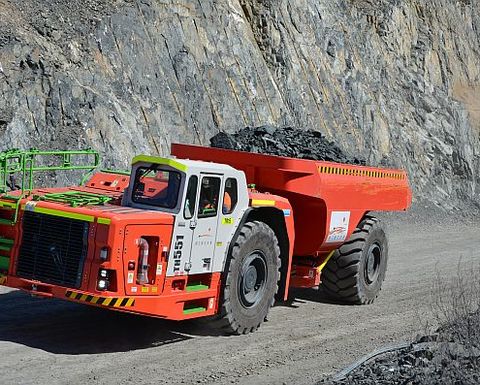 Another big benefit of the trucks is that Mincor has found they burn about 35% less fuel than the nearest equivalent Tier 1 truck.

At the heart of the efficiency benefits in the TH551 is its Volvo Penta TAD1662VE powerplant.

The six-cylinder 16.1 litre diesel uses efficient injection and selective catalytic reduction technology to keep its emissions and fuel use down.

“The primary reason we went with these new trucks was for the productivity improvements we believe we will achieve,” Fowler said.

“There is a definite productivity benefit and, therefore, a cost improvement due to running fewer units to do the same job.”

Factors in the trucks’ increased productivity include higher speeds and increased payload.

For improved payload management there is an on board weighing system that gives a more accurate daily tally and helps ensure the load, haul, dump operator does not overload or underload the truck.

“The on-board weight system had an immediate positive effect on productivity – as in from day one,” Fowler said.

“The fill factor of loaded trucks immediately improved and light loading in a couple of areas was able to be identified.

“Our truck drivers were on the radio comparing notes about what weight load they had almost straight away.

“And the fact that the truck and loader operators had immediate access to good information meant loading improved ‘by itself’.

“In other words, if our operators have the right information at the right times, then they can – and do – make better decisions.

“I noticed that loads going up to the dump were well loaded – no excess but could not have got another stone on board. This is going go to make a significant difference to productivity.”

Fowler said the fact Mincor had accurate weights of ore and waste hauled daily and monthly was improving its tracking, planning and reconciliation.

“Previously we have had to rely on truck counts with nominal weights, which only get reconciled after end-of-month surveys,” he said.

“These truck factors can be quite variable and by the time this reconciliation is done it is too late to do anything about variances.”

Mincor Miitel nickel mine underground manager Rob Grimm said it had been useful having accurate real time data for both the ore tonnes and the times at which loads were placed and the distances travelled.

“These together have allowed us to determine maximum achievable tonne-kilometre for the truck and see where our actuals are tracking versus this,” he said.

“In addition, the weighing system has allowed us to identify bogger operators underloading trucks and remedy that straight away.”

“The way the units are designed to be maintained has been pretty well thought out,” he said.

“For one example the on-board jacking system to lift a fully laden vehicle in less than 30 seconds for a wheel change is a really nice touch.

“Changing tyres underground tends to be quite a prohibitive task so that’s a real selling point.”

Fowler said the operators had been “extremely impressed” with the trucks’ comfort and operation.

“It’s chalk and cheese obviously with the older trucks but the fact that the cabins are larger, they are pressurised, the suspension is a lot better, they’ve got things like cool storage boxes for lunches and are extraordinarily quiet to operate they are just extremely happy,” he said.

The TH551s also incorporate additional safety features as standard, including a training seat for new operators and a four-point harness seat restraint designed to be more comfortable, particularly when sitting in a truck for several hours.

Fowler said the training seat was a good feature – one most of the company’s older trucks did not have.

“Historically without these seats truck training is done to a certain level where the operators get competent then operators must ‘learn on the job’ and don’t get trained in the finer points of all situations, except by trial and error,” he said.

“By having a trainer sit with operators we can target proficiency in training rather than just competency and periodic re-assessments are much more meaningful.

“The trainer’s seat itself is comfortable and able to take a big bloke – as long as you sit a certain way – which is fine. You don’t need to be a contortionist.

“It’s also a good place for operators to put gear, coats or crib bags most of the time.

“And the ability for people to hop in and travel to the surface if needed might be a plus occasionally, rather than waiting for a light vehicle.”

“Going from our existing Tier 1 engines to these Tier 4i engines is a real leap forward,” Fowler said.

“Compared with the earlier engines, we are going to see greatly reduced diesel particulate emissions, about one-twenty-fifth of the existing level of emissions per truck.

“And because trucks have the biggest engines and do the most hours on our sites, that is going to lead to about a 30% overall reduction in our diesel particulates, which is going to be very beneficial.

“With the TH551 we did have a choice between Tier 4i and the Tier 2 technology engine and we opted for the Tier 4i because of its diesel particulates reduction.

“Essentially it’s going to mean a significant improvement in the air quality and work environment for everyone working underground – and so that was an important factor in going with these trucks.”

However, particulate emission reduction is not the only benefit from the Volvo powerplants; they burn less fuel too.

“For our first TH551, fuel consumption has been about 35% less than the nearest equivalent Tier 1 truck,” Fowler said.

Once all four TH551s are in operation – which is expected to be by the end of November – Mincor will keep its two best Sandvik Toro 50Ds as backup units and retire the remaining Toro and Atlas Copco trucks.

When looking at its Kambalda fleet replacements, Fowler said Mincor looked at other brands before opting for the Sandvik units.

“A key point in our decision making was the option for Tier 4i engines, which allows us to reduce diesel particulate emissions,” he said.

The TH551s are part of a production equipment upgrade for Mincor’s Kambalda operations.

The mine is also adding loaders, a Sandvik DD412-60 development drill that joins the mines other Sandvik rigs including a D07 Axera twin-boom drill, three Monomatic single-boom development drills and a DL330-5 long-hole production drill. 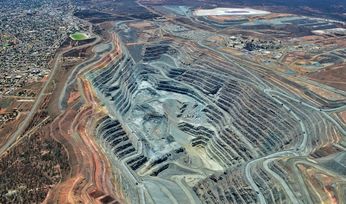 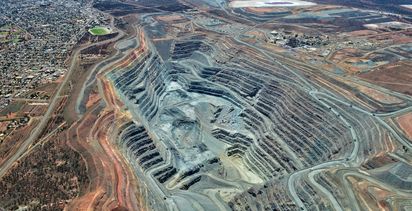