A new market for Australian coal and uranium may be about to open up as Prime Minister Tony Abbott offered to help the Ukraine overcome its power and energy deficit in the wake of its conflict with Russia.

Abbott told Ukraine President Petro Poroshenko, who is in Australia for a two-day state visit, if the two countries could secure an export deal, it would be good for both jobs and prosperity.

“Australia is an energy super power and energy security is very important to Ukraine, particularly given its current vulnerability to supply shocks,” he said.

Russian gas giant Gazprom cut off gas supplies to Ukraine earlier this year over pricing issues and Ukraine was forced to take steps to conserve its insufficient reserves for the northern hemisphere winter.

Poroshenko said the two countries had been brought together by the Malaysia Airlines flight MH17 tragedy and both countries were now keen to discuss ways of strengthening the bilateral relationship.

“I want to stress that my visit, the first visit of the Ukrainian president to Australia, is a demonstration of the strategic character of our partnership and Ukraine recognise and thank Australia,” he said.

“We discuss today the possibility of the cooperation in the sphere of nuclear energy; there is a possibility to buy Australian uranium for our nuclear power station.

“We discuss about the possibility for supply of Australian coal for Ukraine energy system.”

Merchandise exports from Australia were valued at $35 million in 2013 and consisted mainly of manganese ores and concentrates, according to the Department of Foreign Affairs website.

In the same period, Australia imported $46 million worth of products from Ukraine, mainly fertilisers and electrical circuit equipment.

Queensland's resource exports over the year to August 2020 are led by coal at $33.2 billion. 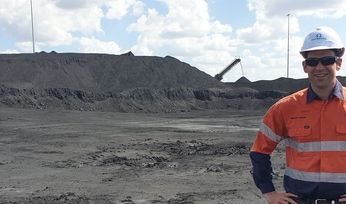 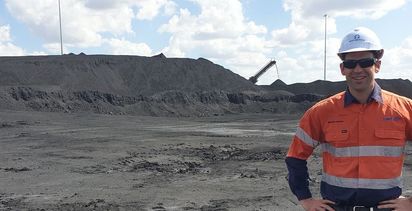