PEABODY Energy’s Australia operations have catapulted it and its CEO into the limelight, with the Platts Global Energy Awards rewarding the business and the boss for strong growth and leadership in a depressed market.

The company’s CEO Gregory Boyce was named CEO of the Year and Peabody itself was named Energy Company of the Year, two of 18 honours bestowed at the awards that recognise exemplary leadership, innovation, stewardship and performance.

In particular, judges pointed to Peabody’s Australia mining and domestic and export market operations that helped propel it to a leading position in the Asia-Pacific. Judges were particularly impressed by the company’s 2013 productivity gains in the US and Australia of 9% and 27%, respectively.

For Energy Company of the Year, judges looked for all-round excellence in execution of a total energy strategy, breadth of portfolio, innovation, environmental conservation and commitment to sustainability.

“Not only did Boyce oversee the company’s sustainability innovations and stewardship that put Peabody at the top of the judges’ list for this year’s Energy Company of 2014, but he has helped steer the multinational to several Global Energy Awards over the years,” Platts president Larry Neal said.

Puma Energy’s chief operating officer Rodrigo Adolfo Zavala’s rapid expansion of the company’s service stations in Latin America within the first eight months of his COO appointment in March earned him the Rising Star – Individual award, having also led the company’s entry into the aviation sector.

Indian company OMC Power, which builds small-scale power plants with renewable sources where there is no reliable power grid, won the Rising Star – Company award for meeting customers’ needs despite a local dearth of infrastructure, as well as for its “creative approach” to providing power to telecommunications companies in remote areas.

“The deal – executed in a deliberate, two-phase transaction – propelled Williams’ stock to an all-time high and earned the company accolades as one of the 10 best-performing S&P 500 stocks in the first eight months of 2014,” Platts said.

Platts also presented a Lifetime Achievement award to Jean-François Conil-Lacoste – chairman of the management board of the European Power Exchange EPEX SPOT, a Paris-based European day-ahead and intra-day power exchange network – for his career-long pursuit of developing a reliable and transparent pan-European power market.

After a decade of commodity trading, Conil-Lacoste took leadership positions at Euronext and Powernext exchanges before launching a system for connecting neighbouring power markets (known as market coupling) in the Netherlands, Belgium, Germany, UK and the Iberian Peninsula.

Judges described Conil-Lacoste’s harmonisation of the European market, which led to the creation of EPEX in 2008, as an “industry-changing development”.

William Reilly, former administrator of the US Environmental Protection Agency, was also honoured with a Lifetime Achievement award for an “impressive” career in conservation and environmental policy development.

The Decatur, Illinois, native is credited with a series of EPA “firsts” during his tenure from 1989-1993, including acid rain amendments to the Clean Air Act in 1990.

The historical Central Norseman gold mine to shine again. 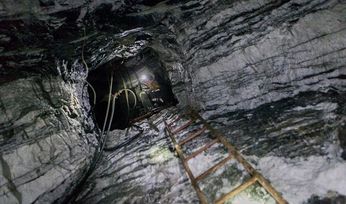 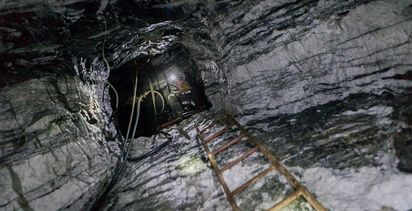