Challenges ahead for oil and gas

THE oil price might have recovered from its low below $US50 per barrel earlier this year to closer to $60, but the fact is structural factors mean the black clouds are likely to return to smudge the blue sky sooner rather than latter, according to Deloitte’s US oil and gas vice president John England.

England says the US is, and will continue to be, a victim of innovative drillbit success and the free markets working in exactly the way hard-headed free market adherents say they want them too.

US oil producers have added five million barrels of oil per day since 2007, spurred on by astonishingly high gas prices of $US12-15 per million cubic feet back in the days when gas import terminals were going up along the Pacific and Atlantic coasts as the US steeled itself for what looked like a shift from gas self-sufficiently to import dependency.

Then it happened: a few wildcatters finally unlocked the secrets of liberating gas from tight formations and shale formations, leading not only to a gas price crash, but the adaption of the very same fraccing and completion technologies in liquids-rich formations.

The impact of the great American energy revolution, a return to oil and gas self-sufficiency, were easy to predict, and for the most part the markets were able to absorb all the extra energy swirling around in the markets.

What no one saw coming, England said, was speed and ferocity of the oil crash of 2014-15.

“Supply had been going up for two to three years, so there should have been no big surprise, so why in December did we see this really rapid fall?” England asked.

“I point to three things. Firstly there was faster growth on the supply side, with people getting more production from wells than they expected at lower costs per well.

“There were some disrupted production, particularly from the Middle East – Libya, Iran and Iraq – that was really peaking faster than people expected, so there was some surprise supply side impacts there.

“I think people overstate the demand side changes, but at the end of the day Asian demand keeps going up, just not as fast as it was.”

At the same time the Saudis, who require about $US95/bbl to be profitable, maintained production level, because they could not find a consensus to cut production from their partners in OPEC, some of whom have even higher costs.

The Saudis decided not to take the hit and play the role of swing producer any more.

The fact is, the free market has been unleashed in the oil price, and is seeking a proper balance between supply and demand, England said.

“If you get on some of the crazy news channels in the US they claim the Saudis are trying to put our [the US] oil companies out of business, which to me is a joke,” he explained.

“At the end of the day we are letting supply and demand work, we are letting the free market work, and the US as much as any country I know screams about free trade and free markets. Well, we are getting them and sometimes oil goes down to $US40-50/bbl and it hurts.”

Deloitte Australia’s national oil and gas director Geoffrey McCann says the oil price is almost guaranteed for fall further because the US has been too successful and US production remains resilient.

“Supply continues to go up,” he said.

“The Saudis just last month hit their highest production ever, the Russians have not throttled back, and the shale revolution in the US has proved to be remarkably resilient.

“The actual productivity of the wells has not materially moved yet, and as everyone in business knows if you have too much production and not enough demand you get inventory and the market will have to react.

“The price spike we are seeing right now is much more financial than it is fundamental,” he said of the oil price recovery over the past few days.

But there is a bright side, Cann said.

Ultimately, the supply side will have to react, and one of the long-term benefits will be smarter thinking.

There are cuts in capital expenditure of about 35% in the US, which will lead to oil companies doing more with less.

Oilers and service companies, who have enjoyed fat margins and high profits, will need to question their basic assumptions and examine cost-saving innovations.

The TV show The Simpsons has a term to describe just such situation: “Crisitunity”, portmanteau created by Homer when Lisa tells him that the Chinese supposedly have the same word for "crisis" and "opportunity".

Cann used the example of CSG wellheads in Queensland.

It wasn’t too long ago that every CSG wellhead needed three trucks to cart it to site. By questioning that assumption, and making some minor adjustments, service providers have managed to containerise that down to a single truck.

Work is now ongoing to organise three trailers onto a single road trains, reducing six movements into one.

In the same way pad drilling has revolutionised drilling and completion costs, and increased safety, similar innovations across the value chain will transform the sector in times of austerity, Cann said.

England also expects that companies will start high-grading of asset portfolios to certain core areas where they see the most upside, a process that should shake loose plenty of assets.

So far that process is yet to eventuate because of the disconnect between what sellers believe their assets are worth and what buyers expect to pay, but it is inevitable, especially in areas where drilling unconventional wells is not as attractive as it once was.

In terms of global gas markets, England and Cann agree there are some big changes on the horizon, with new supply from North America and east Africa targeting some of Australia’s traditional markets.

Cann said US and Australian gas producers could co-exist, that many of the Canadian and African projects were unlikely to materialise in the medium-term, but a great unknown, and a long-term threat to Australia’s role in its traditional markets are potential pipelines spreading down from Russia.

Cann said the encroachment of Russian deal with China was a concern for gas trade in the Asia Pacific, so the deal is being closely watched by gas traders in Singapore.

“This is the one thing they watch, because there is an opaque gas market in China, so it is very hard to come to grips with the implications, but there is an enormous supply of gas that could come out of Russia.”

Russia and China started talking turkey on pipelines last year, with the gas to be delivered at a fraction of the prices charged by LNG exporters, but Cann said there is a lot of noise that final terms have not been settled.

“It is still a bit of a wildcard, but the challenges that Gazprom is having in supplying to Europe, even though all of those are underpinned by fairly lengthy contracts, does suggest that there is a strong political motivation in Russia to prosecute their eastern flank market in Asia,” Cann said.

There are also questions around volumes, and where the gas will find a home once it reaches the Chinese border.

It will likely first displace dirty brown coal-fired power in the industrial boarder area, before it ever reaches large cities such as Beijing and Shanghai.

The capital, Beijing, however is desperate for gas, because it is shutting down its coal-fired power generators in order to try to clean up its pollution-ridden atmosphere.

Only once it hits the big cities would Russian gas be in direct competition with Asian LNG cargoes from Australia and America, although will certainly take time.

A longer-term disruptive challenge emerged if Russia can get its gas through China, on a transit country basis, perhaps through North Korea into the world’s largest LNG market of South Korea.

It seems unlikely, but it is feasible.

“Once it gets to the Korean Peninsula, how hard would it be to run a pipeline across to Japan?” Cann said.

“Could China be a transit county for Laos, Vietnam and Myanmar?

“If you are watching this very large picture on where gas and gas markets are going, the Russia-China question is a very, very intriguing one is interesting.

“It might not take place in our lifetime, but one thing I have learnt is to never underestimate the political will of the Chinese political engine.”

He said China had decided to become a world leader in solar and new energy, and had achieved that goal within five years.

Competition from the US is less of a threat to Australia.

While US gas production has grown phenomenally since 2007, and there are a lot of brownfields LNG import facilities that could be cost-effectively turned into export terminal, although domestic gas demand keeps climbing in the US, so the US’s big advantage may not be something it can act upon given the move to restrict gas exports for future use.

Any gas from the US could find a natural home in Europe as easily as Asia, and Europe is keen to reduce its dependence on Russian gas.

That’s why England says that there is plenty of room for Australia and the US to co-exist in a growing global gas market.

But, and this is a mammoth but, the proposed expansion of the Panama Canal could be a game-changer, with most of the world’s 300-odd LNG tanker fleet capable of crossing the proposed new canal.

That would open up the Gulf of Mexico to Asian markets.

Canada has native title issues, cost structures that are no longer as attractive, and other serious headwinds that mean many of the projects will see the light of day.

East African LNG, such as that in Mozambique, needed credible buyers before they could go ahead, England said. 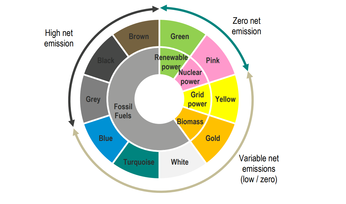 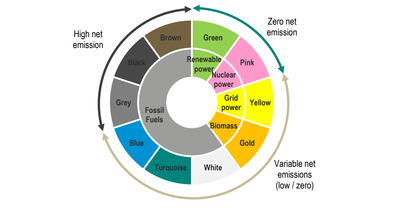 Lynas to lay low in Kuantan