AUSTRALIA is getting a publicly funded wind farm commissioner after the legislation to reduce the renewable energy target passed parliament this week.

After protracted negotiations, Labor and the Coalition agreed to reduce the original 41,000 gigawatt hour target to 33,000GWh to reflect lower overall energy demand earlier this year.

The legislation passed an extended sitting of the Senate with 41 votes to 14.

The target was initially created in 2001 by the Howard government and strengthened by Labor in 2010 to at least 20% of all electricity generated by 2020, calculated at the time as being 41,000 gigawatt hours.

If targets aren't reached fines are imposed on energy companies and potentially passed onto consumers.

However, an increase in renewable generation capacity and increased energy efficiency meant the Australian energy sector was in danger of being too clean.

The government said that was driving up retail energy prices.

As part of the deal struck between Labor and the Abbott government trade-exposed industries will be exempted from the RET and two-yearly reviews that threatened to derail the deal were scrapped.

Instead the Clean Energy Regulator will provide an annual statement to parliament on progress towards the target, what impact it is having on electricity prices, and whether the scheme is at risk of default.

Included in the bill was also the contentious use of native wood waste as a fuel source.

The passing of the bill ends 18 months of uncertainty for the renewable energy sector.

Australia’s Clean Energy Council said major renewable projects could now pick up pace; leading to $40 billion of investment and the creation of 15,200 jobs over the life of the RET, while helping to protect 20,000 existing jobs.

“While this has been a challenging process, and we are disappointed by the level of reduction of the target for large-scale renewable energy, the passage of this legislation provides the platform for a doubling of renewables over the next five years,” said CEC CEO Kane Thornton said.

The CEC expects up to 50 major renewable energy projects and hundreds of medium-sized projects being constructed over the next five years.

He also praised the deal for leaving the small-scale Renewable Energy Scheme alone.

The Greens are not happy, however, as they wanted the original target of 41,000GWh kept.

“Just as the Liberal and Labor parties cannot justify slashing the RET in the name of certainty when the Prime Minister has made it clear that he will continue his anti-windfarm, anti-science rampage; similarly they can never justify cutting down and burning the giant carbon storage sinks that are our native forests,” a statement from Greens leader Senator Richard Di Natale and Senator Larissa Waters said.

“Tonight’s decision was a deeply disappointing failure of our parliament to protect the future. But tomorrow we will continue to work towards a clean energy powered future. There is a global energy revolution underway, and nothing is stopping it.”

The much-parodied inclusion of a wind farm commissioner was required to find the support of the crossbenchers, aside from independent senator Glenn Lazarus.

The crossbenchers claim that wind farms cause negative health impacts for those who live near them.

The commissioner will resolve complaints from concerned residents living near wind turbines.

A scientific committee to conduct yet more research the health impact of wind turbines will also be established, despite the fact more than two dozen global studies have found no evidence of so-called wind farm syndrome.

The RET’s passage comes after Prime Minister Tony Abbott said the deal would slash the target and restrict wind energy growth as much as possible.

Abbott believes wind farms, the main beneficiary of the target, are ugly and noisy.

Victoria has already said it will try to work around new federal legislation that prevents the states from setting their own RET.

Premier Daniel Andrews said Victoria is determined to look at other ways to properly promote and create many thousands of jobs in the energy technology sector.

The Australian Capital Territory is also unaffected by the change as it is reportedly on track to reach its own 90% renewable energy target by 2020 despite needing to quadruple its current supply in just five years.

Environment minister Simon Corbell said the ACT's renewable energy supply was at 18.6% in 2013-14.

That figure is set to dramatically increase over the next two years, with wind playing a dominant role at 52% of all supply, five times as much as solar will generate.

"The combined output from the solar and wind farms already awarded feed-in tariffs through our reverse auctions, contributions from the national renewable energy target and output from the ACT's installed rooftop solar panels, will account for around 60 per cent of the ACT's electricity demand in 2020," Corbell said.

The remaining 30% would be obtained through wind auctions and next generation solar, he said.

The ACT needs to receive about 490MW of renewable energy to meet its 2020 target.

The ACT is expected to leapfrog South Australia as the nation's cleanest energy consumer when 333MW of renewables under development is switched on.

Two projects were launched to prevent TSF failures at mines in Western Australia and Arizona. 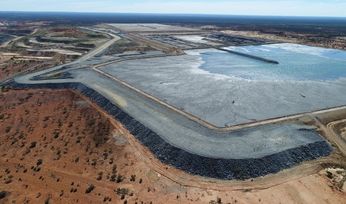 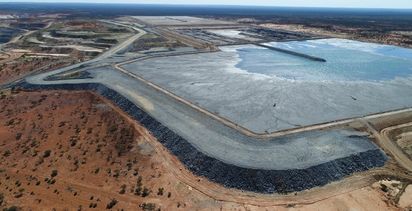