THE largest service companies in North America onshore have been punished for being heavily exposed to the North American market, with Halliburton’s takeover darling Baker Hughes among the worst offenders, according to Norwegian energy intelligence firm Rystad Energy.

Revenues of shale exposed service companies took a 25% hit in Q1 – a much higher decrease than the average of -18% that is being experienced on a global basis.

Worst situated are Baker Hughes, RPC and Patterson-UTI with a more than 30% drop suggesting that they are losing market share in the first quarter.

Better off are OCTG (oil country tubular goods) and equipment manufacturers, which still float on longer lead times. Land drillers such as H&P also saw the benefit of termination fee on their top line for the first quarter, Rystad said.

“How far we should expect the onshore North American market to decline depends on both pricing and activity, especially within the development of shale resources,” Rystad said. “For prices, we have already observed the following for the first quarter.

Rystad’s analysis of the revenue for the 70 largest service companies in North America shows that last year they had $US120 billion ($A160.26 billion) in total revenues, about half of the capital-driven oil service market.

“We expect revenues to decrease further into the second quarter as the well count decreases by an additional 10%,” Rystad said. “The second half of 2015 will be marginally healthier based on slight oil price improvements.”

The achieved pricing pressure by E&P companies has resulted in service companies reducing their margins and cutting costs. Rystad noted that the average EBITDA margin for North America has been about 15% over the past years.

“With even lower activity in the second quarter and larger low price contract penetration, we expect margins to go further down towards the minimum observed in 2009, with a margin average of 7%,” Rystad said.

“Of the total unit price deflation of 16%, half will be realised through margin cuts and the other half through cost reductions and margin pressure down the value chain.”

“Still, we observe increased laterals and fracture stages on average for shale wells in North America. This increases the well costs in the same magnitude (+1%) as we saw in 2014,” the firm added.

Meanwhile, as companies continue their search for more efficient operations, Rystad believes there are large savings to be had for rig rental and associated day rate services.

“Companies are now focusing on ‘standard’ wells with less experimental wells. In addition, they are terminating the least efficient part of their contracted rig fleet, which in turn increases the overall efficiencies. The full impact on the well costs is a 7% decline for 2015,” Rystad said.

The firm believes the largest cut in the well cost will be obtained by the large pricing power gained by E&P companies when the activity is cut by 35% on average.

“Service companies now fight over the few contracts that are available in the market,” Rystad said.

“They reduce their margins and enforce cost cuts further down the value chain. In total, a 16% unit price reduction may be achieved in the first half of 2015.”

In the first half of 2015, Rystad expects the average well cost to decrease 22% compared to last year, with service price deflation accounting for the majority of the compression.

“We expect to see deflation in both the drilling and completion costs,” Rystad said.

“About 42% of the well cost is drilling cost and encompasses rig contractors, drilling fluids, drilling services and OCTG. Rig rates are expected to be deflated by 15% as margins will be halved.

“We observe a large oversupply by many drilling fluids providers and large price cuts above the 20-mark to be realised. This is less so in the OCTG market where prices have shown to be more robust in the first quarter due to solid inventories.”

Completion cost makes up about 50% of the well costs and includes hydraulic fracturing as its main component. Rystad estimates this cost to decrease by 17% as there is a vast overcapacity of frac fleets in the market and market consolidation is inevitable.

The wellbore construction and completion is the second large cost element and a 15% reduction is also “plausible” within this segment, the firm added.

Surface costs and other services make up 8% of the well cost and are also expected to adapt to a new low activity environment and decrease by 15%. The weighted impact on the well cost yields a 16% reduction in service prices.

Fraction too much friction for Queensland shotfirers 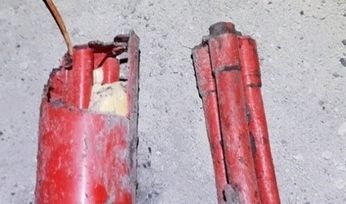 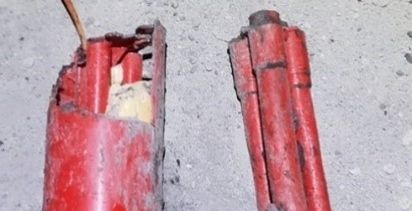