SOMETIMES you just groan, which is what Hogsback did this week when campaigners against the Watermark coal project in New South Wales played the koala card.

After the groan came a softly muttered “good grief”, another indication of the frustration in knowing that the debate about a $1 billion mine, which could boost the flagging Australian economy, had descended to the cuddly creature stage.

It was, of course, predictable because every other attempt to force the abandonment of China Shenhua Energy’s new mine near Gunnedah on the Liverpool Plains had been dismissed after an exhaustive series of inquiries.

Seasoned followers of the Australian mining industry have been to this point many times before. It’s a stage reached when logic flies out the window and the silly season starts.

At Watermark it’s the koala, an Australian national treasure, which has been hoisted up the flagpole of the anti-coal crusaders in a last ditch attempt to thwart the legal process and achieve their ideological objectives at any cost.

How much more honest it would have been if the protesters had simply said at the start of their campaign that they are opposed to coal because they believe it is evil and the world should stop using it immediately, switching to renewable sources of electricity such as wind power and solar energy.

They couldn’t do that for the obvious reasons that millions of people would be forced to go without light and heating because the renewable revolution is proving rather slow to arrive, and might never arrive in the way seen by some true believers.

The reality today is that the world wants and needs coal to power its factories, create jobs and heat (or cool) homes.

So, having decided to not play the “kill coal at any cost card” because it raises the question of inefficient and expensive renewables which most people cannot afford, it became time to find a cuddly creature, deem it to be an endangered in that particular spot, and then claim that Watermark is the thin edge of a wedge which will wipe out the entire species.

There are obvious problems with dragging the koala into the Watermark debate, not least being the fact that even the protestors acknowledge that there are roughly 260 of the animals in residence in and around the proposed mine site, which negates the wiping-out-a-species argument.

Instead of the animal disaster claim it is alleged that the 260 animals will have to be moved and that would upset them, and possibly kill some of them in one, or more, of the following way: hit by a car, eaten by predators, an increased in disease, or stress from being moved.

All of those things are possible when the koalas are moved, just as it is possible that the same events could occur if they are left in their current habitat.

The point is that the debate has reached a truly silly point when, after years of inquiry, a colony of koalas is dragged into the debate as if they were something new because The Hog is prepared to bet his last dollar that the koala question has been aired many times in the inquiries which preceded approval for the mine.

If past claims of endangered fauna and flora at proposed mine sites is a guide it will not take long to demonstrate that Watermark’s 260 koalas are not threatened in any way, and that moving them might actually improve their chances of survival, if not lead to a koala population boom.

Two previous examples of protestors making outrageous claims about a mine development are the infamous “troglofauna” case at the Pardoo iron ore project near Port Hedland in WA, and the tetratheca paynterae case near the Koolyanobbing mine, also in WA

In the case of troglofauna (small spiders and other underground creatures) a study quickly found that not only were the animals not threatened they were almost in plague proportions, a fact no one had noticed earlier because no one had looked.

In the case of the tetratheca paynterae (a small plant) it was also quickly found that it grew like a weed and was actually present in a number of back gardens.

So much for the rare and endangered claims which delayed but did not stop either mine.

Hopefully, that will also be the case with the Gunnedah koalas because while no one can say they are not an important animal in Australia and deserve protection they certainly cannot say that a single mine, admittedly a big one, is a threat to the species.

The truth about Watermark is that a campaign built of misinformation and deception has been fuelled by ludicrous allegations that defy reasoning and defy the findings of a painstaking inquiry process.

And, apart from all that how terribly un-Australian to not accept the umpire’s decision which is the point reached by the protestors.

It’s enough to embarrass every reasonable Australian, including koalas.

The NSW government is preparing to consider the company's Watermark mine koala management plan. 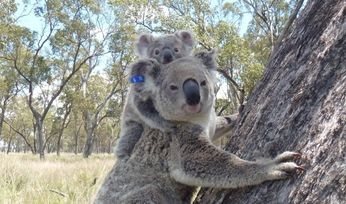 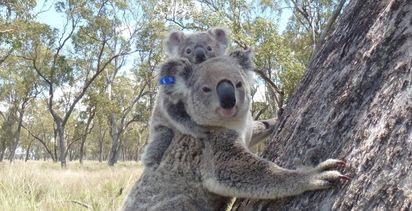