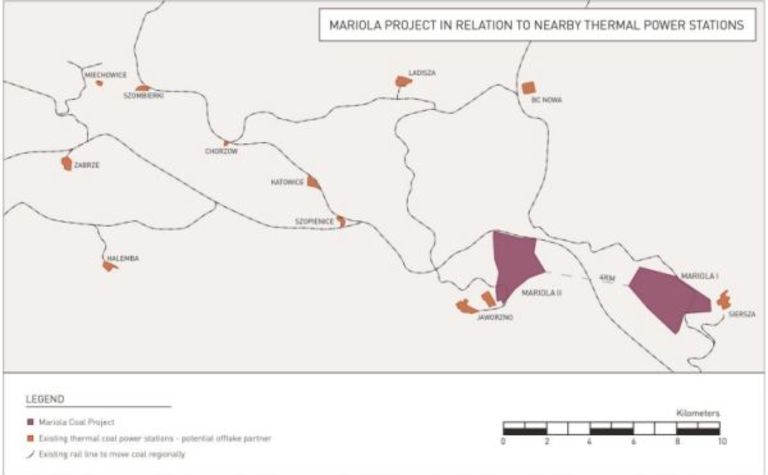 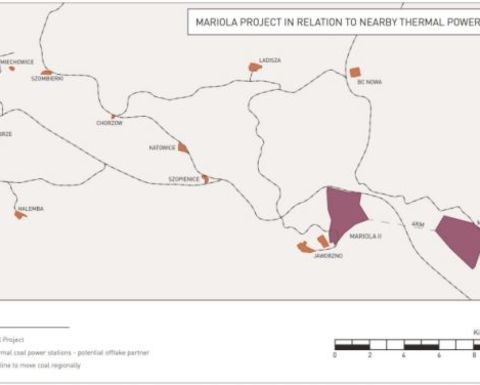 Together with the company’s original Mariola 1 concession, Mariola-2 will ultimately form the enlarged “Mariola project”, which Balamara said would transform it into a project of “significantly increased size and scale” moving forward.

Balamara has already started calculating a JORC compliant coal resource for Mariola 2 that will form the basis of a pre-feasibility study.

The award of the concession marks another step in Balamara’s development strategy in the Polish coal industry, which the company said added “further critical mass” to its strategy to become a long-life, low-cost supplier of coal to the European market.

Balamara said it would be positioned to take advantage of strong medium and long-term demand forecasts that would be underpinned by continued regional economic growth.

Mariola 2, which covers 11sq.km of the deposit locally known as Jan Kanty Szczakowa, is in Jaworzno near Katowice, southern Poland, near Balamara’s local offices.

Balamara has been granted a two-year exploration licence through its 100%-owned Polish subsidiary, Carbon Investment, with a requirement to drill a single borehole within the next six months, and to carry out test work on this drill hole and ultimately modify the geological information thereafter.

“Historical drilling data indicates that 62 holes have been completed to date for 23,825m, which provides considerable information under the Polish geological standard of reporting,” the company said.

Balamara will report tonnage and quality of this deposit when the maiden JORC resource is completed.

All historical data for the concession is being used by Balamara’s technical consultant HDR Salva, which started data validation work and will complete a maiden JORC coal resource by the end of next month.

This will lead directly into a PFS for Mariola 2, which is targeted for completion in the final quarter of the year.

Balamara is completing the permitting process for a final four drill holes identified for the original Mariola 1 concession, designed to upgrade resources into reserves as well as to provide critical geotechnical, hydrology and coal quality information required for the definitive feasibility study.

“Following the completion of the JORC resource for Mariola 2, any final holes required on that concession will also be identified, permitted and included in the same program, with a view to completing all Mariola Project drilling by early 2016,” Balamara said.

“Balamara sees considerable synergistic value in mining both Mariola concessions as part of the same broader project as their close proximity affords significant advantages, mainly by way of capital cost reductions stemming from both operations utilising the same above-surface infrastructure wherever possible.

“Internal blending of coal between the two operations may also add value.”

The company also believes there is a huge European market for coal that is readily accessible to Balamara and the largest importer of coal within Europe – Germany – is only about 400km from Mariola.