COAL is expected to dominate Poland’s energy mix for at least another decade and a half, with government figures forecasting it to supply more than 55% of its power by 2030. 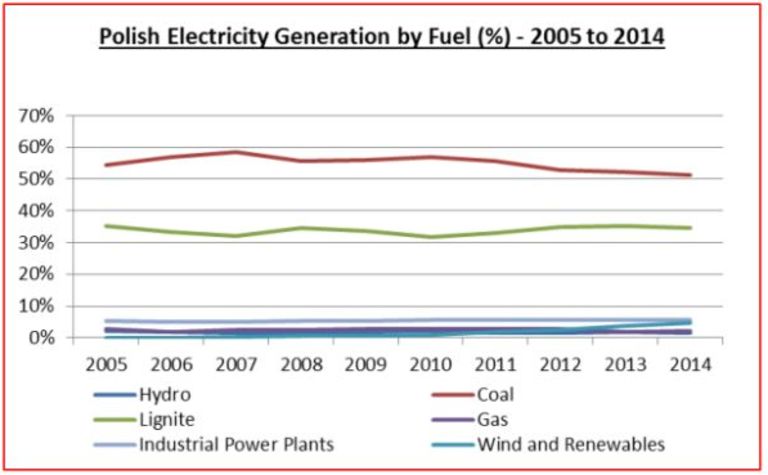 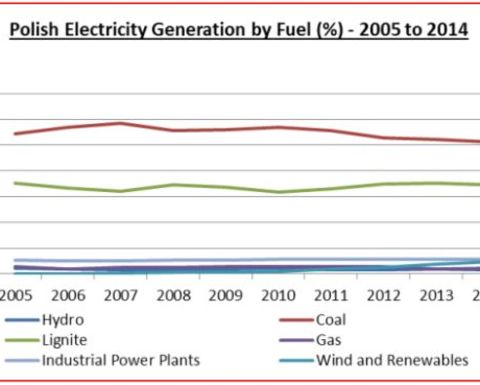 Increased energy requirements for a growing industrialised economy means Poland’s coal demand is forecast to remain high over the medium and long term. Currently coal – including lignite – represents roughly 85% of the Polish energy mix and forecasts indicate coal will still supply more than 55% of the country’s energy mix by 2030.

In 2012, Poland's total primary energy consumption was 3.9 quadrillion British thermal units. Coal constituted 55% of consumption, with the remainder represented by oil (26%), natural gas (15%), and renewable energy sources (4%), according to the BP 2013 Statistical Review.

Poland produced 158 million short tonnes of coal in 2012, which typically accounts for around 20% of total coal production in Europe, according to the US Energy Information Administration.

Poland consumes almost all of the coal it produces, while exporting a small amount. The country's electricity sector is heavily reliant on coal, as coal-fired power plants represented more than 75% of installed capacity in 2010, according to IHS Cera.

Australian company Balamara Resources, which is developing a thermal coal project in Poland, said this week that the incumbent large producers of coal within Poland were generally struggling to reduce their high unit costs to adapt to lower international coal prices which set the benchmark for Polish coal prices; and that supply of coal from these producers had fallen year-on-year for the past decade.

Based on the pre-feasibility study completed on Balamara’s Mariola project in March, its unit cost of coal at will be significantly lower when compared to these producers.

“Under current world market conditions for coal this decrease in Polish production of coal is likely to continue, creating the opportunity for demand to outstrip supply moving forward, particularly when considering the wider European market as a whole,” Balamara said.

Europe is currently importing about 180 million tonnes of coal per annum.

There’s no shortage of coal being produced around the world – hence the current low price environment – and Balamara says that being a bulk commodity, there are high logistical costs associated with transporting coal significant distances from distant countries into the industrialised markets within Europe.

By developing a project inside Europe, Balamara therefore believes it has a considerable strategic advantage over most worldwide coal producers by virtue of being located much closer to the European market and therefore being able to deliver coal into this market via rail at a considerably lower overall total cost per tonne, including both logistical and operating costs.

Balamara this week secured the new Mariola 2 concession, which had the potential to deliver further transformational growth to what was already shaping up as a low capital expenditure, low operating cost mining operation in a safe location.

Balamara managing director Mike Ralston said work had already started to incorporate Mariola 2 into the overall Mariola project with a view to unlocking as many synergistic advantages as possible.

“We will continue to update all interested parties in the months ahead with further news as we complete the maiden JORC resource for Mariola 2, a revised PFS for Mariola 1 and a PFS using similar methodology for Mariola 2,” he said.

“Balamara is moving quickly towards its stated goal of becoming the next major European coal producer, targeting the sale of coal into the large internal Polish market as well as the wider European market that currently imports a huge quantity of coal per annum from abroad.

“We believe that we can ultimately deliver a considerable tonnage of high quality coal into the European market at an overall landed price that very few of our competitors can match. This gives a substantial competitive advantage, and we will use this accordingly.” 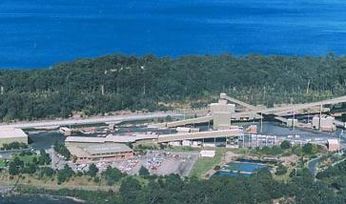 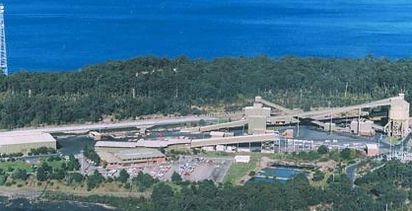