MAJOR US utility Southern Company will acquire gas distributor AGL Resources (not to be confused with the Aussie counterpart) for $US12 billion ($16.78 billion), in what analysts are calling a move to survive the government-forced move away from coal.

Southern, the US’ third-biggest utility owner, will acquire AGL for $66/share in cash at a premium of 36.3% to AGL shareholders based on the August 21 20-day volume-weighted average price.

Southern has committed financing from Citigroup Global Markets and plans to put long-term financing in place prior to the transaction closing, which is expected to be in the second half of 2016.

Analysts have taken this as another negative sign for coal, given Southern has been increasing its gas use over coal to supply its 4.5 million electricity customers in four Southeastern states.

Southern will join NextEra Energy, Eversource Energy and DTE Energy in forming ventures to build pipelines as growth in power slows and a glut of cheap gas due to the US shale boom boosts distributors’ volumes.

“Coal is out, gas is in,” Skip Aylesworth, a Boston-based manager for Hennessy Funds, told Bloomberg. “If I’m going to convert my power plants to gas to survive as a utility, I want to control the infrastructure to get it to me.”

Aylesworth’s Hennessy funds have $2 billion under management, including shares in AGL.

The deal will make AGL Southern’s third-largest operating subsidiary, at which time AGL will continue to maintain its own management team and board of directors, and its own corporate headquarters in Atlanta.

AGL’s customers will continue to be served by their current gas and electricity utilities. Both companies are listed on the New York Stock Exchange.

The $12 billion deal also includes a total equity value of about $8 billion.

AGL’s management team and board of directors said they “wholeheartedly” supported the transaction, believing it would provide “new opportunities and enhanced value” for shareholders, customers and employees.

AGL said the partnership would suit its company as Southern has “complementary” businesses, to say nothing of its reputation and shared corporate values.

The combined entity would rise up the ladder, becoming the second-largest US utility with nine million regulated utility customers in nine states, with a projected regulated rate base of about $50 billion.

It will have nearly 320,000km of electric transmission and distribution lines and 80,000 miles of natural gas pipelines, and a generating capacity of roughly 46,000 megawatts, with over 1500 billion cubic feet per year of combined natural gas consumption and throughput volume.

It will also include a diverse set of non-utility businesses that AGL says will “effectively complement” the regulated assets.

Southern said yesterday that when there was a need for new generation that runs 24 hours a day, seven days a week, its system took the lead in developing two of the first new, zero-emission nuclear units in a generation.

Meanwhile, “as others discussed removing affordable and abundant coal from the nation's energy mix, the Southern Company system developed innovative technology to provide an environmentally responsible way forward for coal in America”.

“A natural extension of the company's commitment to finding real solutions for America's energy future is Southern Company's acquisition of AGL Resources to help address one of the key challenges facing natural gas – developing the infrastructure necessary to send the low-priced commodity to the areas where it is increasingly needed,” Southern said.

Southern’s chairman, president and CEO Thomas Fanning said that with technological advances and customer preferences rapidly changing, the addition of AGL Resources should “better position” Southern to provide customers with “clean, safe, reliable and affordable energy for decades to come”

The addition of AGL Resources' network of natural gas assets and businesses will provide a broader, more robust platform for long-term success and increase opportunities to invest in future infrastructure and energy solutions.

The JV will restart 35,000Mtpa of curtailed capacity at the smelter, with work to start immediately.... 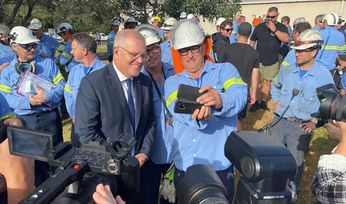 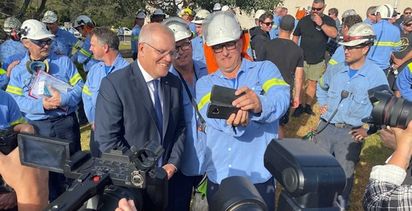