More doom and gloom tipped for US

NORTH America is suffering a winter of discontent, with the catastrophic collapse in oil prices leading to impairments of some $US38 billion in the third quarter alone, and that was when the oil price was still a ‘healthy’ $40-50 per barrel, and not today’s sub-$30/bbl environment, with West Texas Intermediate hitting $US27.

A report from consultancy Genscape found the US is set to see significant year-over-year declines in production, thanks to an expected sustained weakness in crude oil prices and oil rig utilisation at the lowest level since 2006.

While US oil production will slump from its record levels of 9.6MMbopd in April 2015 to an expected 8.1MMbopd mid-year, the group expects Canadian heavy oil production from oil sands projects such as Husky’s Sunrise, ConocoPhillips’ Surmont and Cenovus’ Christina Lake and Foster Creek are pushing ever-increasing volumes to market, resulting in net growth for Canadian supply of some 125,000 barrels of oil per day in 2016.

Genscape predicts that the number of rigs working on the US will fall from 650 today to at a bottom of 384 active rigs in July 2016, down more than 84% since October 2014, with the economics of even the very best plays in the US under pressure.

Although, Genscape analysts do not think that there will be any significant shut-ins; there will still be an incremental retrenchment in drilling activity in North America.

The only significant growth will come from the offshore production in the Gulf of Mexico, where an expected additional 41,000bopd is coming on over last year, having been commissioned years ago when oil was above $80/bbl, and are too far advanced to be shelved.

Onshore, Genscape says the prolific Permian Basin will fare better than most of the other shale plays, losing 30,000bopd year-on-year, while the once high flying North Dakota and southern Texas fields will lose 175,000bopd and 266,000bopd respectively as production costs become unsustainable.

It has become so bad that companies much as BHP Billiton’s further $US7.2 billion ($A10.3 billion) writedown of its shale holdings, and reports that the banks are expecting some $2.5 billion in loans to turn sour in the immediate future.

The US market, once the most vibrant in the world, is now the playground of bankruptcy experts and those few cashed up companies who are taking advantage of firesale prices to cherry pick the best properties for spare chance in the expectation of an upswing.

Last year, some 42 US oilers collapsed owing more than $17 billion, law firm Hayes and Boone calculated, and that includes big names, such as Magnum Hunter Corporation and Swift Energy.

The Organisation of the Petroleum Exporting Countries is keen to see non-OPEC supplies fall, and the cartel this week said the oil market should be patient so that oil prices can stabilise, but at the moment the bears are in control of the market, with fears around excess supply, primarily from Iran, which had its sanctions lifted in recent weeks.

Storage levels are high globally, and the first tanker of US oil exported in 40 years has just landed in France.

With oil flooding global markets, many are tipping a further price war in the short term at a time when the global economy is slowing, and more pain.

The US Energy Information Administration estimates that US oilers are carrying some $200 billion in debt, and they are earning less cash to service that debt despite generally producing more oil, at least at the moment.

Expenditure and dividends are being cut and properties are being sold, which makes the sector less attractive for investors, and less able to meet future demand.

Many are tipping there will be a higher level of consolidation across the global sector in 2016 after a lacklustre 2015, with cashed-up private equity expected to be the biggest buyer, and a lot more pain will be left at the smaller end of town.

Some jobs still in demand

IT IS not all doom and gloom out there. While mining job hunters across the country could have trouble... 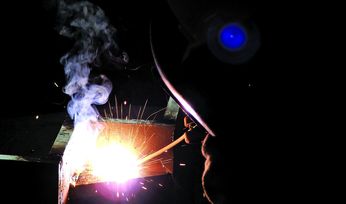 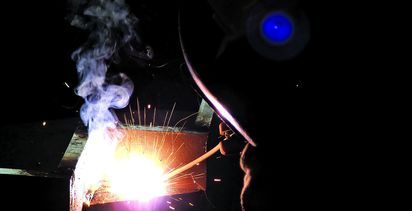 Forget about the boom, think gloom (though probably not doom)