CONCERNS have been raised by Prime Minister Malcolm Turnbull’s recent announcement of a $1 billion Clean Energy Innovation Fund and commitment to retain the Clean Energy Finance Corporation as well as the Australian Renewable Energy Agency.

The fund is reportedly going to invest up to $100 million per year over the next 10 years for emerging technologies, and will be run by the CEFC and ARENA, signalling a commitment by the government to retain these organisations.

The announcement was welcomed by both the Australian Industry Group, whose CEO Innes Willox said the government's decision to "reinvigorate public investment in clean energy innovation" was an "important element in Australia’s contribution to global efforts to address the risks of climate change".

CEFC CEO Oliver Yates said: "The CEIF will focus on companies, businesses and projects at early stages of development that are now seeking growth capital or early stage capital to assist their businesses get to the next stage of their development.”

However, renewable energy groups fear changes to ARENA could suppress innovation in the sector instead of promote it.

They are concerned that the changes laid out could lead to ARENA putting a stop to grants being issued, which industry members said was essential to bring forward innovation in the sector.

Clean Energy Council CEO Kane Thornton told the ABC that the government, through its proposal, was giving with one hand while taking from the other.

After all, the CEIF would be financed by ARENA, which would contribute $10 million over 10 years.

“This proposal obviously keeps the CEFC and that’s a welcome development, but essentially it is removing funding from ARENA and really I guess constraining it in terms of its ability to provide capital grants to the sector into the future,” Thornton said.

One of the projects tipped to get assistance from this fund is a solar thermal power station in Port Augusta, South Australia. But the Australian Solar Council, clearly not impressed by the announcement, had a few choice words for the prime minister.

“Malcolm Turnbull’s CEIF is like an exquisitely decorated Easter egg, it looks great on the outside but inside it’s a rotten egg," the council said in a statement.

Meanwhile, SBS has reported that once the $100 million large-scale solar power round is completed, the CEIF would move from a grant-based role to a debt and equity basis, and would direct its focus on energy efficiency and low-emissions technology.

The Turnbull government has also announced that early stage renewable R&D and commercialisation would now be majority funded by debt and equity.

“By its very nature, early stage research is speculative – almost no projects will be fundable under this model and this will rip out of the renewables innovation in Australia,” the Australian Solar Council said.

“The Turnbull government has tried unsuccessfully to abolish ARENA and the CEFC. This is a backdoor way to gut ARENA.

“ARENA has played a critical role in supporting research and development and early stage commercialisation of renewable energy projects through grant funding.

“Stripping its budget, taking away funding for early stage commercialisation, and directing the money be spent on non-renewables projects, achieves its goal through other means.”

Environment minister Greg Hunt has also attempted to quash rumours of an eventual merger of the CEFC and ARENA, claiming that reports were wrong.

“The changes we have announced will drive innovation and create the jobs of the future, while delivering a financial benefit from the investment of public money.”

On the road to net zero 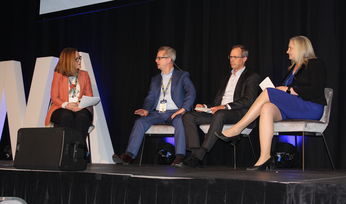 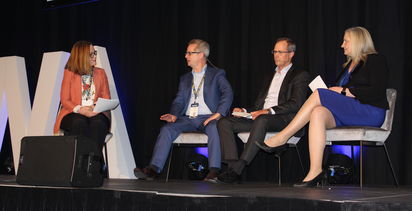 Mining not just holes in the ground