MORE brazen than Mad Max, a rookie water tanker driver in New South Wales rolled his truck while attempting to make a 90-degree left-hand turn at high speed and without a seatbelt.

Detailed in an Industry & Investment NSW safety alert, the mine safety operations branch said the incident occurred at about 5.30pm during a clear day with dry weather and good conditions on the haul road.

The branch said the driver had six months experience in this task and had completed a generic induction plus water tanker training.

After completing ten hours of work on his first day shift after a seven-day rostered break, the driver’s time behind the wheel took a turn for the worse.

At a 90 degree T-intersection of two haul roads, the driver attempted to make a left-hand turn, but ended up rolling over to the right and rotating about 270 degrees as the tanker finally rested sidewards on the passenger side.

“The water tanker came to rest on the wrong side of the haul road with the prime mover in the centre of the road and the rear of the trailer in the table drain at the side of the road,” the branch said.

Consisting of a prime mover and single trailer with a 20,000 litre capacity water tank, the water tanker was hauling about 15,000 litres before the incident.

In its investigation, the branch found there was no documented pre-start inspection of the truck before the day of the incident, but an independent audit did not identify any mechanical failures which could have caused the incident.

“The water tanker driver was not wearing a seat belt and was extremely fortunate to have suffered only minor injuries in the incident,” the branch found.

Speed was assumed to be a cause.

“The investigation could not determine the actual speed of the water tanker before the incident, but given all of the prevailing circumstances it did conclude that the water tanker was travelling too fast to safely negotiate the intersection and that this was the primary contributing factor to the incident,” the branch said.

There were no baffles installed in the water tank either, which could have contributed to the rollover.

“A lateral surge of water when the water tanker was attempting to negotiate the intersection may have contributed to the rollover,” the branch said.

As a consequence of the incident, mines were recommended to provide training to ensure operators understand the speed limits that apply to haul roads and to conduct inspections and task observations to ensure compliance.

Mines were recommended to review safe work procedures for transporting loads and also to assess requirements for baffles to be used in tanks for bulk liquids.

The branch said operators must understand that seatbelts should be worn at all times, while pre-start inspections should be rigorously carried out by competent operators. 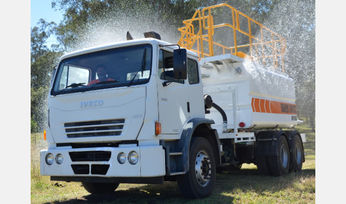 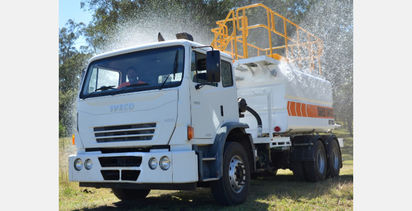