THOUGH flames are no longer visibly exiting the ventilation shaft at the Pike River Coal mine, the GAG inertisation unit and its crew still have a long tour of duty ahead. 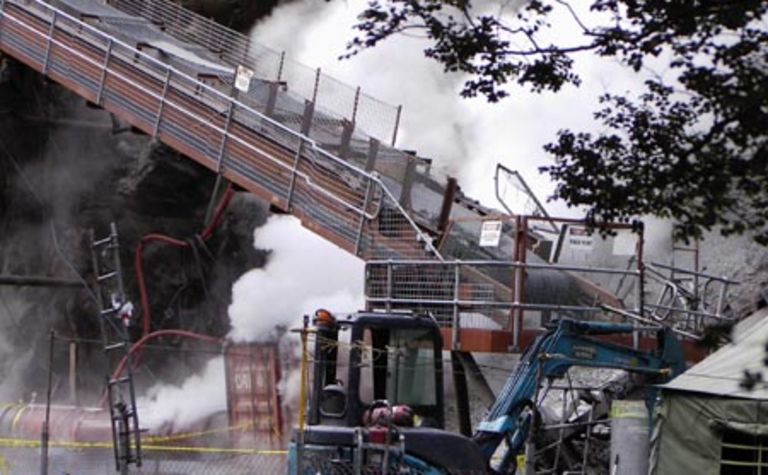 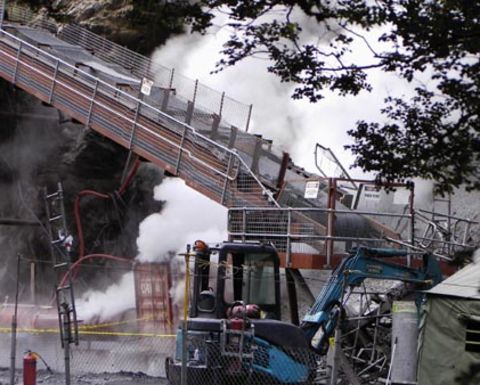 Temperatures on the concrete pad around the shaft were consequently “reducing” and New Zealand Police reported that gas readings were improving, with some areas showing inert readings.

Superintendent Gary Knowles was encouraged by the visible improvement to the situation at the vent shaft.

"This is an important step in allowing us to get a metal cap on the vent shaft,” he said.

“Work is also continuing to cool even further the concrete pad around the vent.

"However, the fact that flames have stopped coming from the vent doesn't mean the fire inside the mine is out yet.”

By getting a metal cap on the vent shaft, the GAG unit will be in a better position to extinguish the coal fire inside the mine.

Knowles put some perspective on how long it could take for recovery teams to enter the mine.

"Even with all the expertise and resources available to us, this is still an operation which will take weeks, if not months.”

Today the chief coroner and Knowles are scheduled to meet families of the lost miners.

The NZ Police aims to complete “a large number” of interviews as part of its independent investigation into the mining tragedy, according to a spokesperson.

While the families of the 29 miners who died in the Pike River disaster want the bodies recovered, the fire and the series of explosions would have destroyed forensic evidence and could leave little remains of the men.