JUST when we thought we were riding on the miners‘ backs, economists are trying to shatter our illusions. The Outcrop by Robin Bromby

It is not often that one finds oneself agreeing with liberal US economist Paul Krugman.

Usually, because your correspondent is not an economist (as will be blindingly obvious to regular Outcrop readers) one keeps quiet.

But when it comes to resources, we feel more confident. To give him his due, Krugman started writing about the looming world shortages of minerals and other resources a few years back.

This week he wrote in The New York Times that our lifestyles will change due to rising commodity prices. Yes, they will.

But that is as far as our agreement goes. It might be bad for American consumers, but it will be a much more complex and nuanced story here in Australia, and one that the federal Labor government might not enjoy contemplating.

Even with one’s rudimentary knowledge of economics, you can see that any sudden rise in the price of commodities has an impact. The obvious one is oil – when prices leap, the average family has less money to spend on other things.

Then there are all the metals that go into houses, cars, electrical appliances; the costs will all work their way through.

Then, as is happening now, throw in rising food prices, higher electricity costs, and you have a recipe for financial stress. Newspapers here have had plenty of stories about beleaguered families.

Krugman’s argument is that higher commodity prices are here to stay, due mainly to rising demand from China and other parts of Asia. More and more people are seeing their standard of living rise, and are demanding better food and more of it, along with cars and the oil to power them.

In fact, Krugman’s case is pretty much the same as argued back on December 9 in this column (“The cycle that dare not speak its name”).

But then there are, apparently, the unintended consequences of this bounty for commodity-producing countries such as Australia – and this week‘s Krugman column set Outcrop off on a new thought track.

Then there was a report in the The Weekend Australian saying the Reserve Bank of Australia believes that mineral and other commodity prices are reaching levels that pose a threat to the world economy. The central bank and the Treasury expect that, over the next few years, prices will retreat as more supply comes on the market.

But then the writer of the article concedes there has never been a commodity price boom brought undone by new supply. Rather, such a reversal has always been triggered by a collapse in demand associated with an economic downturn that, in the end, puts a pin in the price bubble.

Oh, so this time it’s different, is that the case? Those who have, over the years, been bruised and battered by reversals in the markets should still have the strength to raise a chuckle over the expectation that suddenly the laws of economics and the markets are going to be different in a fundamental sense this time around. Lesson one of investing: it’s never (repeat, never) different.

If there is going to be a bust, it’s going to be China coming off the rails, or the US sliding into deeper recession, or the euro collapsing (or all the above). Then you’ll see a downturn in mineral demand and prices that will wipe the smile off every miner’s and every resources investor’s face. Not that it will happen necessarily, but in the event that it does, new supply coming into production will just be the icing on the disaster cake.

Setting that aside for a moment, you have to wonder just how much the well-paid types at the RBA and Treasury really know about what is happening out there in the physical market. Or even realise that the horse (the level of demand) comes before the cart (how much of that demand mines can meet).

Their hopes for an oversupply-led correction (without the trigger of collapsing demand) are based on pretty flimsy foundations. Aside from nickel and possibly aluminium (maybe silver, but unlikely), it’s hard to think of a mineral commodity which is not facing a supply crunch.

Tin, copper, gold, zinc and lead (a few years out) – all of these are going to be in short supply should China and India (and Vietnam) keep bubbling along. And don’t worry about specialty metals: molybdenum, tungsten, lithium, antimony and others are facing serious constraints.

So this is all good for the Australian people, right?

Up to a point.

Assuming the world economy stays on track with China and Asia as the main growth engine, then commodity prices will keep going up. Great for those who have those commodities to sell, or are invested in them.

Not so good for the Aussie battler. So many items will become so much more expensive. I think that’s what is called a double-edged sword.

We have already seen that the Gillard government will need to gouge the mining and energy sectors to ease the pain in all those Labor electorates around Sydney, Melbourne, Brisbane and the other state capitals, not to mention repairing the national balance sheet after the profligacy of the Rudd years.

Actually when you think about it – high profits for investors in commodities, rising retail prices and a stalled retail sector, fights over the spoils of the resources boom, disgruntled city consumers – it all looks like it could turn very pear-shaped indeed.

In terms of a two-speed economy, we may have seen nothing yet.

Possibility for miners to more quickly change the way they operate. 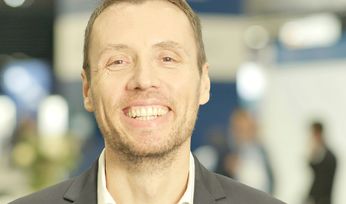 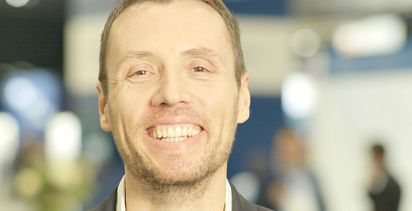