THE significant hazards associated with the movement of large equipment around underground coal mines have prompted SOTO Mining Technologies to develop a safety tow. 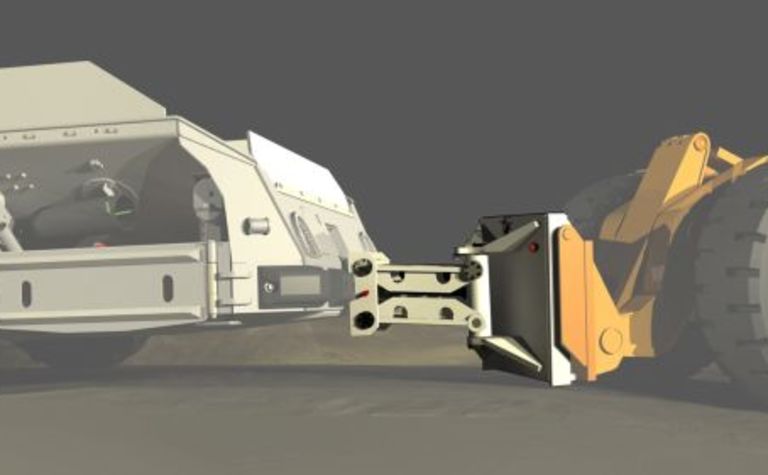 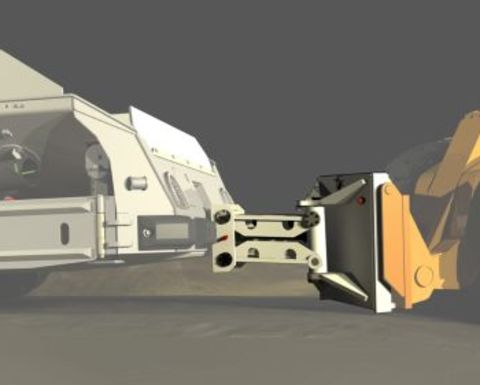 The SOTO safety tow hitch compensates for variation in floor surfaces and ensures stability of shuttle cars and other heavy machinery around the underground mine at all times.

“Myuna has trialled the tow hitch and has found it to be a very responsive and controlled system for towing a shuttle car,” Moore said.

The braking and steering for the shuttle car is controlled by the vehicle doing the towing, which allows the person driving to be removed from the operation, he said.

“The tow hitch has a good level of control, operates in three different planes, is adaptable around corners and, importantly, maintains a rigid connection between the vehicles,” Moore said.

“Finally the tow hitch can be adapted to all types of machines, allowing for the safe towing of heavy underground machinery.”

The tow hitch has turnbuckles which stabilise the hitch during attachment and the elimination of draw bars and possibly chains.

It also has an additional steering and braking kit which ensures the safety and control of the heavy equipment by the LHD operator via existing LHD hydraulic and braking circuits.

Its design is in accordance with MDG-1 and MDG-15 and it has a rated capacity of 40 tonnes.