Junior on the brink of coking coal success

FROM an emerging coal company to an established producer, New Zealand-focused Bathurst Resources is well on its way to cementing its position as a leading coking coal exporter. 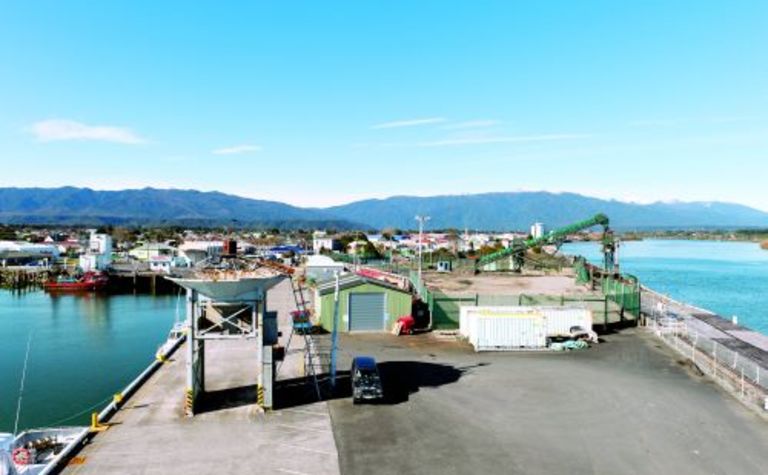 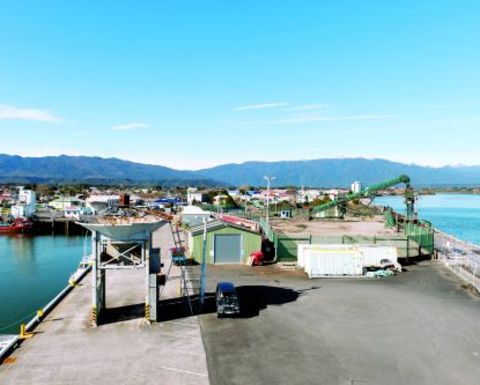 Westport, where Bathurst exports coal from its Cascade mine.

ACCORDING to Bathurst Resources managing director Hamish Bohannan, this year isall about South Buller and the company’s flagship Escarpment project, which will take Bathurst from a coal explorer and domestic coal supplier to an international exporter.

The Escarpment mine project comprises just one area of the Buller coal tenements acquired from L&M Coal in 2010 and Eastern Resources in 2011.

The Buller coal project, divided into North and South Buller, is on either side of Solid Energy’s Stockton mine on New Zealand’s South Island.

South Buller has a JORC resource of a total 82 million tonnes and comprises six project areas.

South Buller not only holds the key to unlocking a large quantity of high-quality coking coal but has also marked a major milestone for the company in the latter half of 2011.

Bathurst shipped first coal from its Cascade mine in the lower region of South Buller last November.

The coal was shipped from Westport to the port of Taranaki in New Plymouth for export.

The mine was previously supplying coal to the domestic market only.

Bohannan said the move to exports marked a significant achievement for Bathurst.

“The exporting of coal from Cascade was huge for not only us but also for Westport,” he said.

“There was some scepticism about whether we could ship coal from Westport and now we’ve done it.”

With the first exports of coking coal under its belt, Bathurst is hoping to ramp up the production of coal from Cascade from 75,000 tonnes per annum to 100,000tpa by the end of 2012. Bohannan anticipates half of this coal will be sold to the export market.

2012 is sure to be Bathurst’s year, with focus on the development of the Escarpment mine.

“The real attraction at Escarpment is that it has very high quality coking coal and that’s what makes it such a special, high value project,” he said.

“The other factor is we are very close to an existing port with the majority of infrastructure in place, which is very positive for the project.”

Bathurst expects the mine tobe in development by mid-2012, however Bohannan admits there area few hurdles to overcome first.

The resource consent for the Escarpment mine was granted in 2011, however three parties appealed the decision to the Environment Court.

The parties include the West Coast Environment Network, the Fairdown-Whareatea Residents Association and the Royal Forest and Bird Protection Society, which all had general concerns surrounding the environmental impact of the mine.

A pre-hearing conference for the appeals against the proposed mine was held in February, which marked the first step in the company’s efforts to mediate with the three parties.

Bathurst is confident that mediation will be able to resolve the dispute, paving the way for production at Escarpment to begin.

“We’re forecasting that we get approvals by the middle of the year,” Bohannan said.

“Then we can get into production shortly after.”

Escarpment will initially produce 650,000tpa of coal with the aim of ramping up to 1Mtpa. The company is confident there will be demand for the coal produced from Escarpment because of its high quality.

The product is low in ash, has low sulfur at around 0.7% and has exceptionally high fluidity.

“We believe there’s a market out there that will demand our coal over other coals as a type of premium product,” Bohannan said.

With production plans for Escarpment in full swing, Bohannan said it has more prospects in the pipeline including development of the Coalbrookdale mine.

Coalbrookdale, also located at South Buller, will be the company’s first underground mine.

Acquired last year, Coalbrookdale has its resource consents and access agreements in place.

The indicated and inferred resource for the project stands at 9.7Mt.

Bathurst is now conducting extensive drilling on the tenement to further define the resource.

Underground coal mining has been a sensitive subject in New Zealand following the Pike River tragedy, however Bohannan says Coalbrookdale will not be plagued by the same ventilation issues thatPike River was.

“This is a very shallow coal seam overlayed by a sandstone cover and testing to date shows it isn’t significantly gaseous,” he said.

Bathurst is completing the feasibility study for the mine, which is designed to Australian regulations to ensure everything meets highest international standards.

Bathurst is hoping the room-and-pillar style mine will be in production in the latter part of 2012.

The mine is targeting initial export capacity between 100-200,000tpa.

The investment community has shown its faith in this growing company.

Cash on hand as of February stood at $65 million and the company recently announced total coal salesof 78,141t for the December 2011 quarter, up 76% on the prior quarter.

With a healthy balance sheet and strong coal sales, Bathurst is well on its way to achieving more development milestones in 2012.

For a company which only floated on the Australian Securities Exchange in December 2007 and secured a dual listing on the New Zealand Stock Exchange in November 2010, Bathurst’s success so far is only a small part of what it wants to achieve.

Bathurst’s short-term development goals will underpin its growth for the long-term.

Published in the March 2012 edition of RESOURCESTOCKS