IT’S more than just dollar signs in the eyes of fly-in, fly-out workers that lures them to the split lifestyle of remote work and city rest and relaxation, according to a Western Australian study. 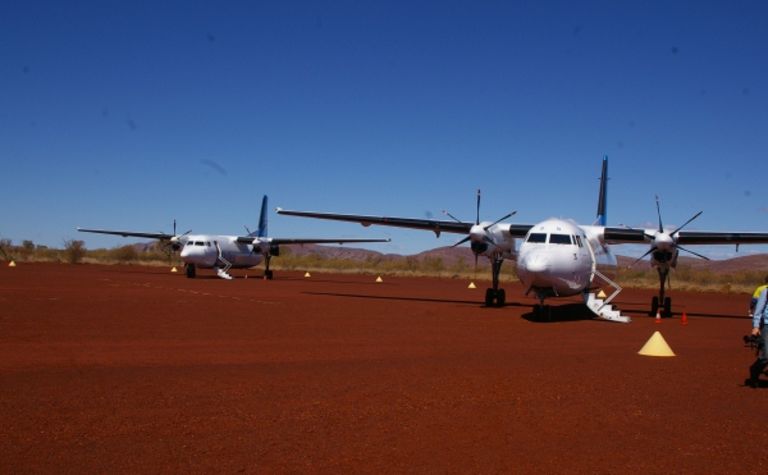 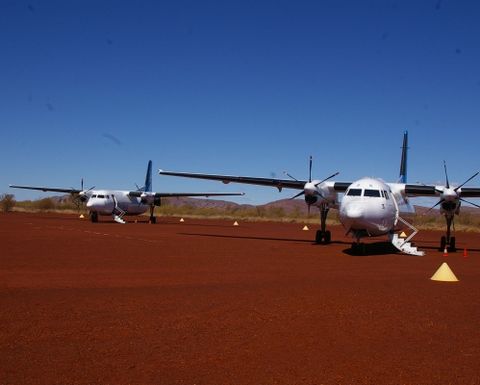 Research by the Edith Cowan University School of Management discovered many people entered a FIFO employment roster to advance their long-term career goals and get a foot in the lucrative mining door.

As part of the study, Australian-based iron ore FIFO workers were surveyed on aspects of their jobs including job satisfaction, training and development, pay scales and rosters.

Initial findings indicated whilst high salaries were clearly attractive, factors employees were more concerned with related to job satisfaction, training and development and the overall camaraderie of the workforce.

ECU School of Management professor Alan Brown said money was not the driving factor the university thought it would be.

“In fact, FIFO work is seen as an opportunity to further develop careers within the mining industry,” Brown said.

Respondents rated getting along with colleagues as fractionally more important than the importance they placed on leaving a job due to money.

The majority of respondents strongly agreed they were in the industry for their long-term careers and the availability of training influenced their decision to stay in the mining sector.

Some mining professionals tolerate tough FIFO rosters initially to crack the mining market and build their skills up to a level which affords them the choice of residing back in the city and working at a mining companies’ head office.

The ECU survey findings were recently presented at a mining industry event for human resource specialists which Brown said challenged the public perception of what drives workers towards FIFO work.

Given the competitiveness for skills and the increasing demand for labour on multi-million dollar mining projects, Brown hopes his research can assist mining companies improve retention and reveal the underlying draw cards for attracting good employees.

“This research shows that workers are not just interested in the high salaries,” Brown said.

“Employers must now balance expectations and find ways of attracting and retaining FIFO employees by focusing on training and development strategies and the provision of a positive working environment.”

ECU’s research echoes the first-hand experience of The Resource Channel director Jody Elliott, who held senior human resource roles with mining and resource companies for more than 15 years, including the role of recruitment manager at the forever-busy BHP Billiton.

Elliott said offering workers the choice of region where they can fly into work from makes a big difference in retention, in addition to providing the choice and steps for workers to progress their careers.

“Investing in training and having a buddy program can increase the retention of graduates and apprentices to create support for trainees,” Elliott said.

“Development courses, leadership training and talent lunches allow workers to meet company executives, enhancing their sense of value and contribution within an organisation.”

The Chamber of Minerals and Energy WA found FIFO added a “spatial dimension” to career development allowing movement between companies as opportunities presented themselves, without the need to move the family base.

CMEWA people strategies executive officer Bruce Campbell said FIFO brought benefits to people who wished to reside in one location, work in another and move between projects more freely without uprooting their city-based lifestyle.

With mining companies competing for skills and all throwing around coin, there comes a time when workers are being offered similarly high wages from multiple sources and the deciding factors falls to the fundamentals of what really counts in a strong career choice.

A study by recruitment firm Hays found a lack of career progression was the main reason people decided to change jobs, with respondents indicating they were more likely to stay in a position if they were engaged in learning new skills and had the opportunity to progress within an organisation.

“Unsurprisingly, salary was a high factor although it is not the main motivating factor for candidates seeking to change roles,” Hays director Jacky Carter said.

Carter said in a candidate tight market, retention was more important than ever and training or development opportunities for staff were high factors to consider.

“Poor management was also a key reason for leaving a current job, with lack of direction, little empowerment or lack of recognition from management common complaints,” Carter said. 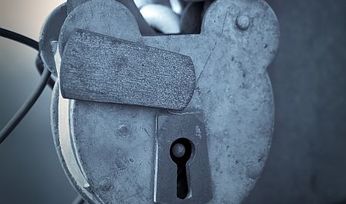 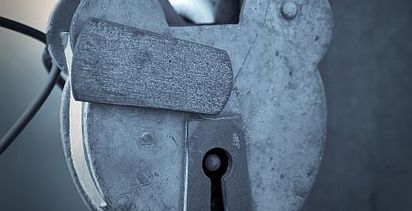