SKILLSDMC has committed an extra $A12 million in national funding in an effort to help alleviate the skills shortage gripping the resources sector.

The funding has been committed to the federal government’s National Workforce Development Fund for 2012-2013.

The funding follows the success of the program in 2011-2012, where employers matched every federal government dollar spent under the NWDF scheme with about $1.30 of their own funds to train, retrain and skill up their workers.

Last year, SkillsDMC provided access to the funding for more than 300 employers.

“Feedback from industry has been overwhelmingly positive, with general agreement that it’s more productive to put employers in the driver’s seat when determining the relevance, timing and location of training initiatives,” SkillsDMC chief executive Steve McDonald said.

McDonald said a skilling up workers now for Australia’s future was vital to ensuring the resilience of the Australian economy and the continued growth in the mining and resources sector.

By 2015, mining’s contribution to Australia’s growth domestic product is projected to soar 66% to $83.3 billion, while sustained growth of resource commodities such as liquefied natural gas, uranium, thermal coal, copper, and iron ore will see Australia’s energy and mineral export earnings increase by 18% to $219 billion.

Enterprises interested in applying for the NWDF can contact their local SkillsDMC workforce planning and development manager via skillsdmc.com.au.

Training tailored to the needs of Gudai-Darri workers encountering automation for the first time. 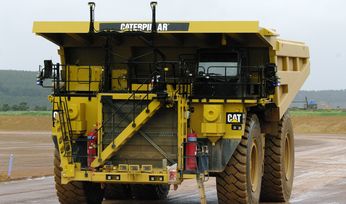 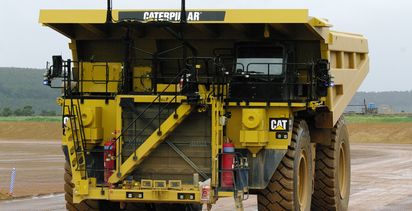