Frustration at fans that could not go the distance has provided the spark for a ventilation specialist. 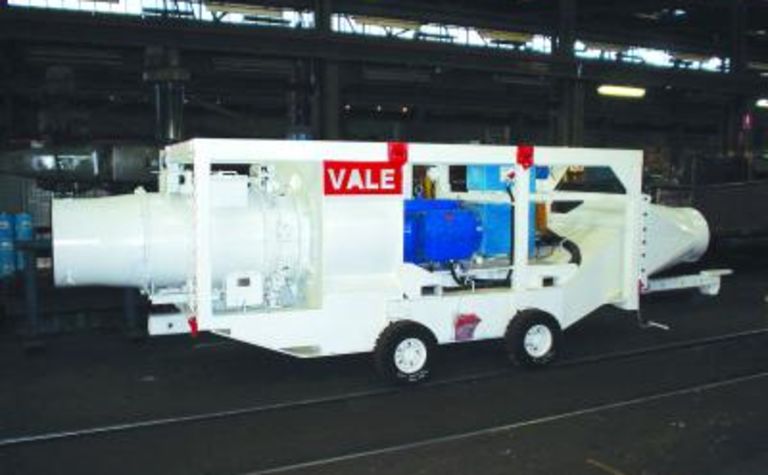 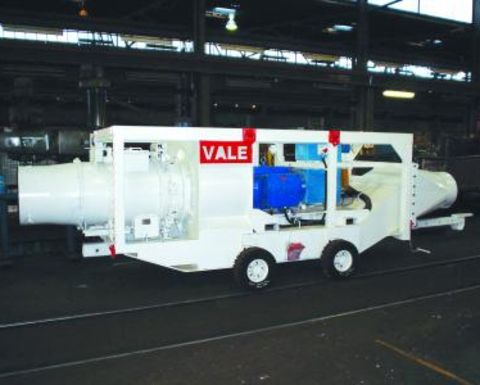 One of Vales high-speed fans ready for deployment.

In coal mining, when fans fail driveage rates fall, work does not get done and coal remains in the ground. Get the fans to work and keep the air flowing to the workings and production rates improve.

This led a miner to start a program to build a more reliable fan than what was available on the market, a torch that was later picked up by the Vale Group.

The Moss Vale-based company’s fans have found a niche in the coal industry and it has hopes of breaking into the metalliferous market.

One of the key features of the Vale fans is their solid impeller, which enables them to stand up to the rigours of the harsh and acidic coal mining environment. That is a necessary attribute, given these ventilation fans are made to run around the clock for a couple of weeks at a time.

Vale managing director Gerard Cleary said the company had identified a number of shortfalls in existing designs. “From there we sat down with our engineers and developed a machine that we felt would be suitable for the industry,” he said. “We had good success.”

The company took its work a step further, after it identified a need in the market for a low-speed fan. One of the benefits of operating at low speed was that it was quieter. According to Cleary, New South Wales’ occupational safety and health laws take noise in the workplace very seriously.

Cutting the fan’s speed from its usual 2980rpm to 1485rpm also puts less stress on its parts.

“We felt it would be better from a reliability point of view,” Cleary said.

However, stepping down the fan speed was not without its problems.

“With the first couple of machines we had gearbox failures,” Cleary said.

Those gearboxes had been coming from a local manufacturer but a switch to a German-made gearbox soon sorted out the problem.

“Since we got the German gearboxes we haven’t had a failure,” Cleary said.

He explained that Vale’s fans, both in their high and low-speed forms, were designed around reliability, serviceability and the ability to run for extended periods of time. “We’ve also designed them to minimise the amount of time taken to move the fans,” Cleary said.

One of the big problems in underground mine ventilation is pressure drop, something the Vale fans have been designed to cope with.

Cleary said the company was continuing to work on advancing its fan designs. “We have a design team that is about to launch the 2007-08 model of the Vale fans at AIMEX.”

While Vale has carved a niche in the coal mining industry, it would also like to break into hard rock mining. However, Cleary is realistic about the company’s chances, given the higher price of coal fans.

“The coal fans are more expensive. They can pass solids through the fan. Quite a bit of coal dust goes through them,” he said.

In this sort of abrasive and acidic environment, having solid bladed impellers pays off. Cleary explained that hollow bladed impellers became pitted. That pitting, he said, let water in, which would throw the fan blades out of balance causing the fan to “shake itself to bits”

This problem does not seem to occur with the solid plated impellers.

“We’ve had one fan come back after eight years and it just looks like the blades have been sandblasted,” Cleary said.

Peter Bradford believes IGO has the capability to make a difference. 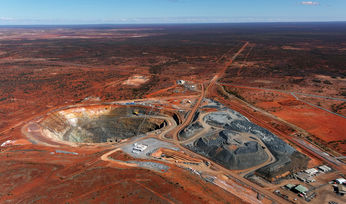 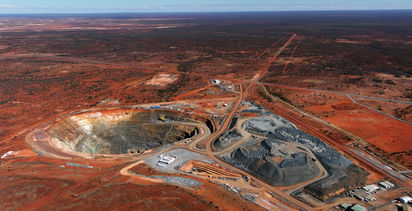 Breath of fresh air at Kambalda