In recent years mine surveying techniques have not necessarily exhibited revolutionary change, yet new developments continue to quietly raise their heads. By Charlotte Dudley 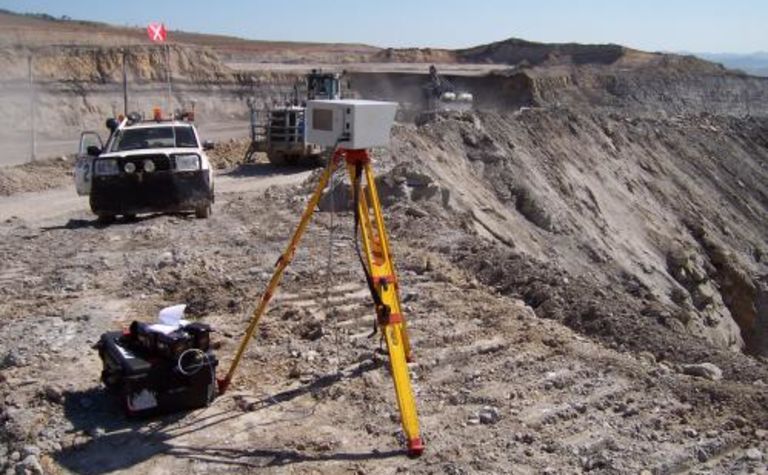 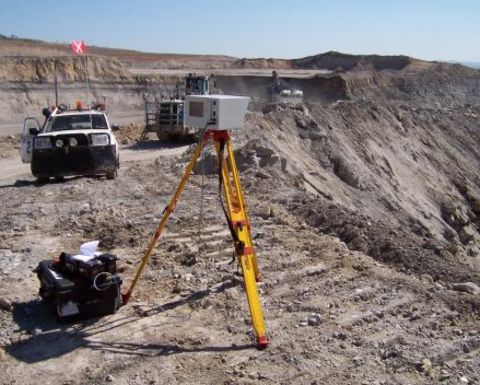 Industry players say surveyors are increasingly looking to more advanced satellite systems as well as 3D scanning and modelling techniques, building on the more established methods of lasers and GPS.

One surveying equipment company representative described mine sector surveying as a “pretty standard business over the last couple of years”, with most mines using a combination of surveying techniques, particularly wall station (total station) techniques and GPS survey methods.

GPS lends itself well to the opencut environment but signal problems can arise when going underground, hence the remotely operated, single user reflectorless total stations are one of the more popular choices for minesite surveying.

However, other developments with the capacity for increased data capture, remote operation and greater safety are gaining momentum.

Concerns about industrial safety have sparked interest in technologies that not only reduce the number of operators needed for a task, but also for technologies that remove people from the operational area altogether.

Qmastor is one Australian company that contracts 3D laser scanning services to the mining industry.

Unlike GPS surveying, which must be performed “in-presence”, 3D laser scanning has the advantage of remote operation, a feature that can reduce safety risks to mine personnel, minimise mining operation disruption and heighten the potential for application in hazardous environments or difficult to access locations. Qmastor said the technology’s speed and capacity for long-range data capture gave it the edge over techniques such as total station systems.

Thomas said the 3D system is attracting interest but admits the technology’s high cost is a major drawback. He said the system (including software and service support) would set the customer back around $100,000-300,000, whereas the purchase price for a reflectorless system started at around $20,000.

However, Qmastor said it viewed the development as a long-term investment with immediate applications.

3D technology has already proven popular overseas, particularly in Europe and North America, with Thomas suggesting it was perhaps the fear of the unknown that made some Australian surveyors somewhat cautious in their approach to new technologies.

Despite the softly-softly approach he said Qmastor had significant surveying contracts involving the 3D laser scanning component in the Hunter Valley and with BHP Billiton Illawarra in Wollongong.

“Mines are looking for improvements on speed, on accuracy and on safety – at the right price,” Thomas said.

Industry players approached by AMM agreed cost was a major factor regarding choice of surveying equipment.

An AAM Hatch representative said: “The mining industry’s need to obtain spatial data quickly can be met by the survey and mapping industry through the establishment of local facilities and the use of appropriate leading edge … technologies. However, the rapid supply of higher-resolution spatial data often comes at an increased upfront cost.”

The company said numerous developments in surveying and mapping techniques, such as high-resolution satellite imagery and inertial measurement units, were becoming more within reach but that such techniques are typically costly.

New large format digital cameras are increasingly being utilised for aerial surveying operations along with inertial measurement units (IMU). The cameras are able to capture higher resolution images and better image contrast and quality, but according to the AAM Hatch representative such cameras could cost more than $US1 million.

Despite the perceived limitations and cost of GPS technology, there are those who say satellite developments are making this already widespread surveying method an even more viable option for the mining industry.

In addition to providing greater and stronger signals, Evans said the satellite developments allowed greater underground signal penetration. He cited the example of improved satellite technology at the Kalgoorlie Superpit where miners who had reached the deepest bench level of more than 400m depth were still able to pick up numerous satellite signals.

Also in the pipeline is the European Union’s own brand of satellite systems, Galileo, which Evans said was expected to be launched in the next one to three years. These further additions to the worldwide satellite network could have great potential for surveying methods, he said.

A company representative said the system increased productivity “by allowing a total station to be set up in the most ideal position for a survey instead of its position being dictated by survey control marks.”

GPS coordinates obtained at any point can position the instrument and the press of a button will switch between the GPS system and the total station.

A time saving feature of the system’s onboard software is the jauntily tagged “set-up on the fly” application, meaning surveying can begin without the need for prior instrument orientation and unnecessary traverses are minimised.

Saving time and money is becoming even more of an issue with the current crisis in sourcing skilled labour, a problem that has not left the surveying industry untouched.

Evans said: “At the moment surveyors have to run lean and mean. There’s just not enough surveyors and this means mines have to do a lot more planning and be sure that their equipment is rock solid and efficient.”

As personnel shortages in the surveying field become more and more of an issue the need is greater than ever for mines to find faster and more efficient solutions without reducing output.

Indeed Evans felt that the struggle to find enough surveyors was the single biggest problem for mine surveying and would impact on how mines operated. He predicted mines would increasingly be looking to automated data collection processes that could reduce demand time on surveyors and free them up to act as “data managers”.

Until then, it appears developments in surveying instrumentation will continue to steadily rise to meet the needs of industry.

Contractor Thiess is 12% ahead of schedule which means Anthill mining will finish early. 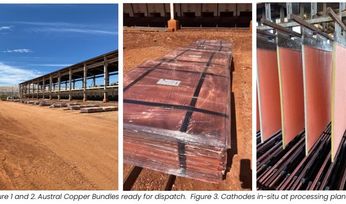 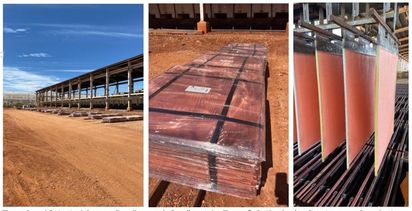