TAKING a dive into alternate skill set pools and seeking out employees in varying geographic locations, as well as having an open policy to its employees taking off for a year of backpacking, has helped mining engineering consultancy Runge survive in the times of a dire skills shortage.

Runge – a consultancy of 200 employees – has been fishing in the waters of the mining engineer pools in Australia for several years. Those waters have been progressively becoming shallower as mining companies, consultancies and suppliers all compete in boom times.

Runge’s solution has been instead to look at alternative skills sets – making its pond a little bigger. Rather than looking for mining engineers, Runge has hired mechanical and electrical engineers who have the required mathematical skills and talent but may lack in mine experience. This, Runge says, can be fixed through drawing on its senior mining professionals.

By hiring from less traditional education backgrounds Runge has found part of its solution to the mining engineering crisis.

“You are never going to fill the hole of a 10-year operational experienced mining engineer but our training program does provide some of the expertise they are going to need onsite,” Scott said.

“In the past Runge has been a little ‘country centric’ where we hire in-country for all our people, but now we’re a global company so we recruit globally,” he said.

Runge has the advantage of having offices in Australia, the US, Canada, Latin America, South Africa, Malaysia, the UK and Brazil.

While still taking in plenty of employees from traditional hunting grounds such as South Africa, Runge is now “starting to consider a lot more strongly eastern European areas”, such as Poland, Ukraine, Romania and Russia, according to Scott. Latin America has also become a hot spot for the consultancy.

Runge has also adopted quite a modern attitude to moving employees around its global offices – an attitude that fits well with today’s Y generation.

“One of the advantages Runge holds is we don’t operate in silos. Operational managers don’t compete for staff internally,” Scott said.

“If, say, an employee comes in and says they are looking to backpack around Latin America, we say ‘why don’t you work for us in between in our Latin American office?’ In fact, our general manager would encourage them to go.

“We see them as important to the company as a whole and take a long-term view of the company,” he said, adding that this way Runge can boast an enormous amount of returning staff, with 30% returning after a two to four year period.

Runge is a public, unlisted company where only employees can own shares, giving “people a real stake in the game”, Scott said. Combined with an open book management policy and including employees on strategic planning, Runge has put together for itself a winning formula.

The system is not a loan facility, it advances wages already earned. 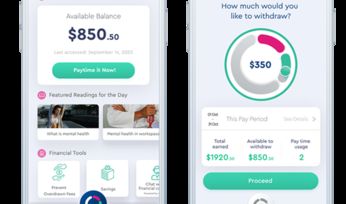 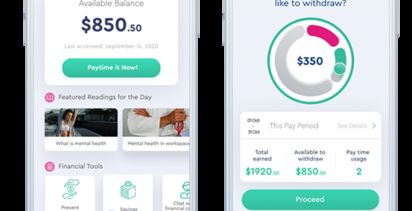